Jointly organized by the Indian Council of Agricultural Research (ICAR), the Arid Zone Research Association of India and Trust for Advancement of Agricultural Sciences (TAAS) and the International Livestock Research Institute (ILRI); the ‘National Dialogue on Land Use for Integrated Livestock Development’ was attended by 150 people including senior officials from ICAR, TAAS, ILRI, representatives of national and state governments and the private sector. It was held at the National Agricultural Science Centre Complex in New Delhi 1–2 November 2019. 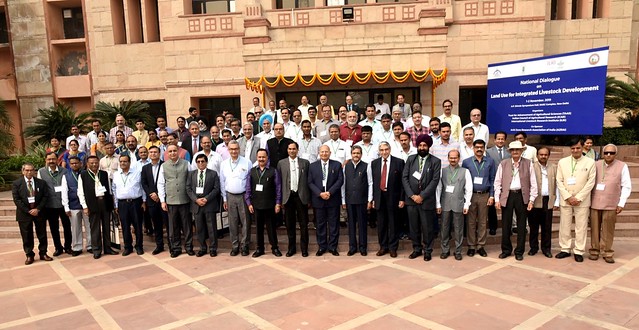 About 150 people attend the dialogue discussing the creation of a land use road map for integrated livestock development in India (photo credit: ILRI/Vijayalakshmy Kennady).

Despite having the world’s largest cattle inventory, India does not have a land use policy to guide development of the livestock sector. The national dialogue aimed to come up with proposals, which would be used to advice the national government towards the formulation of a land use policy for livestock production. 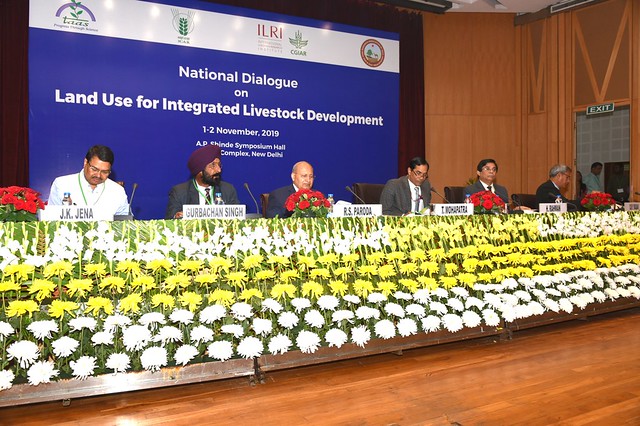 Dignitaries at the national dialogue on land use for integrated livestock development (photo credit: ILRI/Vijayalakshmy Kennady).

In his welcome address, Gurbachan Singh, trustee, TAAS, said that livestock plays a pivotal role in the earnings and livelihoods of small-scale and marginal farmers in the country. He said the country needs healthy and productive animals for food security and stressed the need to enhance farmers’ access to high-quality feed and fodder for more productive livestock.

Chief guest Mohapatra emphasized the need for land use plans in India saying they would contribute to better land management, which will in turn improve agricultural production. Noting the current land use challenges in India, such as the grazing of livestock on wet lands in the east, he called for measures to protect such land resources. He added that livestock production and grazing should be done in a way that does not diminish the production of paddy, wheat, maize and other important food crops. Also important for improving livestock production, he said, was ensuring regular health check-ups for animals and enhancing livestock nutrition through the use of feed supplements. He noted that long-term development of the country’s livestock sector requires partnership between government and other actors including private entrepreneurs.

Deputy director Jena said that livestock plays a key role in India’s national goal of doubling farmers’ income by year 2022. He said keeping livestock healthy and disease free is one of the most important duties of farmers, especially those in rural areas where livestock farming is often the main source of income. He said strategies are needed to guide livestock keepers in balancing the use of feed and fodder to ensure more productive livestock, which would enable them to keep fewer more productive animals.

Paroda, chairman of TAAS, called for the creation of systems that will balance the demand, supply and marketing of the fodder and livestock feed in the country to protect farmers from price fluctuation and improve access to feeds. He called for strategies that target the youth and encourage them to join the agricultural sector and get trained in livestock farming so that  more of them can take up livestock rearing as a career option.

These and other recommendations from the national dialogue with be shared with the government and other partners for further development.

(The post was written by Kennady Vijayalakshmy, a consultant scientist with ILRI in South Asia, with additional editing by Paul Karaimu, senior communications officer, ILRI)