The ‘Surveillance and early-warning systems for climate-sensitive diseases in Vietnam and Laos,’ or Pestforecast project team recently held its second planning workshop on 19-21 March 2015 in Hanoi, Vietnam.

The four-year project (2015-2019), which is part of the CGIAR Research Program on Climate Change, Agriculture and Food Security (CCAFS), is using surveillance and early-warning systems (EWS) to develop and share maps of hotspots of important climate-sensitive diseases in Vietnam and Laos. 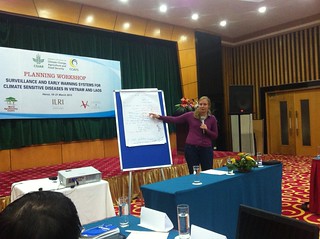 The project aims to pilot a real-time prediction system for Japanese encephalitis and leptospirosis in the two countries, explore the potential of weather-based forecasting for aflatoxin mitigation, provide climate service and early-warning system for rubber plantations in northern Laos and disseminate and apply specifically developed tools of pest forecast.

The three-day planning workshop aimed to foster a clearer understanding of CCAFS research in Southeast Asia and its expected outcome. The workshop also included a seminar on existing modelling and forecasting techniques related to EWS and planning sessions to revisit objectives, activities, roles, responsibilities of partners and to develop and agree on work plans and suitable coordination and reporting mechanism for each component of the project. 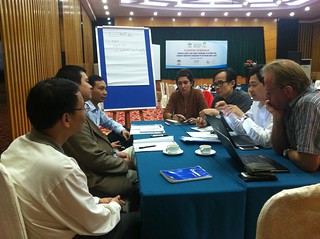 Participants during one of the planning sessions (photo credit: ILRI)

Funded by CGIAR, Pestforecast is led by the International Livestock Research Institute (ILRI) in collaboration with the World Agroforestry Centre (ICRAF) China and Veterinarians without Borders Laos. Other institutions involved in the project include the Research Center for Agrometeorology, Vietnam Institute of Meteorology, Hydrology and Climate change, Vietnam National University of Agriculture, Hanoi School of Public Health, Vietnam Ministry of Agriculture and Rural development (Department of Animal health and Plant protection), National University of Laos and the provincial governments of northern Laos. 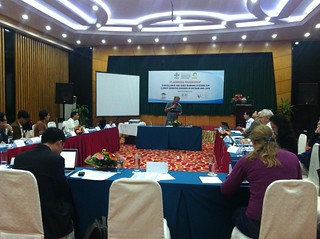