Strategies for improving feeding and fodder availability to enhance livestock production in India’s Odisha state were recently discussed at a workshop by project partners and stakeholders.

The one-day (27 August 2015) workshop was part of activities by the Cereal Systems Initiative for South Asia (CSISA) project, which is supported by the International Livestock Research Institute (ILRI) and funded by the Bill & Melinda Gates Foundation and the United States Agency for International Development (USAID). 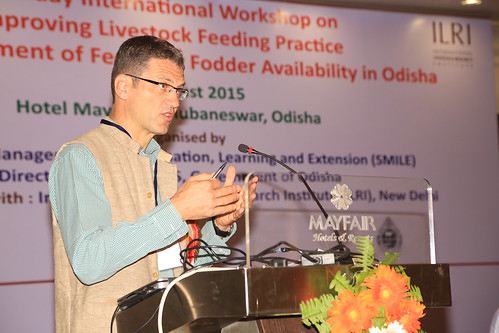 Nils Teufel, an agricultural economist from ILRI, said lessons from efforts by the institute and partners in improving livelihoods through livestock in South Asia can be replicated in Odisha.

He said knowledge sharing with other livestock researchers from across the globe could help apply relevant findings to the Odisha context.

He said ILRI would collaborate with the Government of Odisha and relevant line agencies and research institutes in a partnership towards feed and fodder development to increase supply and delivery of feed and fodder in the state. 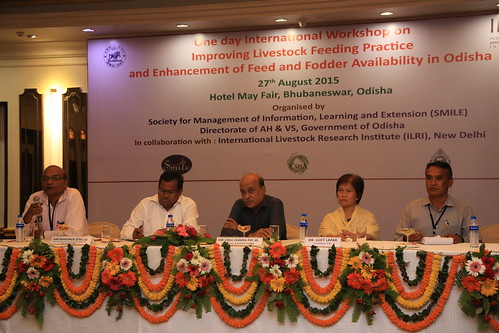 Shri Gokul Chandra Pati, Chief Secretary of Indian Administrative Services (IAS), said he hoped that ongoing research by the Orissa University of Agriculture and Technology (OUAT) will be disseminated to farmers alongside capacity building among farmers.

More importantly, he urged the participants to focus on three key issues—high cost of animal feed, severe shortage of green fodder, and lack of awareness among the farmers about balanced feeding practices with available resources.

At the meeting, ten papers on feed and fodder were presented by different scientists from various organizations including ILRI.

Braja Bandhu Swain, a special project scientist from ILRI, shared findings from an ILRI survey showing differences in farmer access to feeds across the year in Mayurbhanj, Bhadrak and Puri districts. 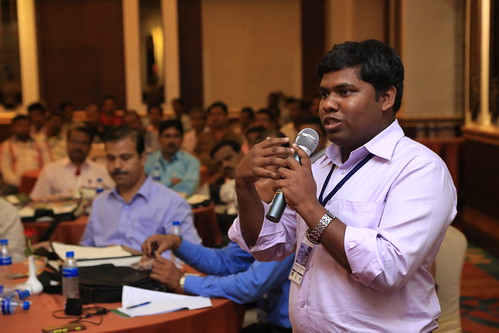 Niranjan Panda, an ILRI consultant for the CSISA project in Odisha, presented research findings of ILRI’s interventions in Bhadrak, Puri and Mayurbhanj showing that by feeding animals chopped paddy straw after soaking and mixing with mineral mixture or other feed, milk yield improved by 400-600 grams per animal per day and saved four to five bundles of straw in a day.

The research also showed that maize stover, which is nutritionally better than paddy straw, can also be utilized by chopping either as green or dry fodder, enabling farmers to earn an additional 4000-5500 Indian rupees (USD 60-82) per animal per year.

Additionally, ILRI scientist Ramana Reddy shared finding showing there is no trade-off between stover digestibility and grain yield, and that maize stover quality of NK 6240, a dual-purpose hybrid, can generate higher milk yield in dairy animals. He said many cattle reproductive health problems are caused by imbalances in feeding which could be corrected by using feed blocks made from available crop residues to prolong shelf life and avoid wastage.

Read about ILRI’s work in Bihar, India where the introduction of improved feeding practices has helped increase dairy farmers’ incomes.