The International Livestock Research Institute (ILRI) has trained more than 30 field veterinarians and district heads of the Department of Veterinary and Animal Husbandry, of the government of Karnataka, India, on various feed-based technologies and practices that could improve dairy animal performance and reduce yield gap.

The training was held 4 July 2017 at the International Crops Research Institute for the Semi-Arid Tropics (ICRISAT) campus in Pantacheru as part of the collaborative project (Bhoosamrudhi) between government of Karnataka and CGIAR centres, led by ICRISAT. 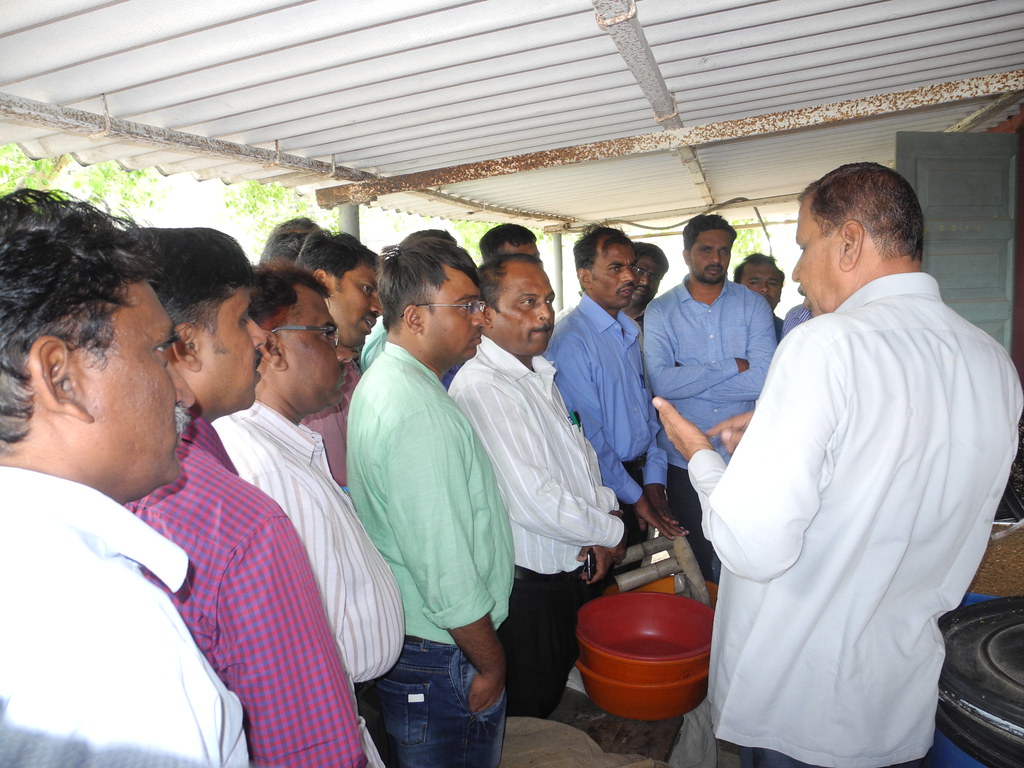 Crop residues are major feed resources for smallholder livestock production in the region. The ILRI-ICRISAT collaboration is improving fodder value of key crops at source through inclusion of crop residue fodder traits in new cultivar breeding, selection and dissemination. Besides enhancing the quality of the basal diet—i.e. of the crop residues—ways of improving livestock rations by fortification and densification are also being explored with the goal of making best use of available feed resources including through supplementing and combining  different diet constituents, and using physical feed forms such as feed blocks, feed pellets and feed mash.

In the training, the field veterinarians from four districts of Karnataka (Bidar, Chikballapur, Dharward and Udupi) were exposed to feed- based intensification (through cultivar selection of dual- purpose crops, chopping and supplementation), ways to address fodder deficit by linking fodder surplus-deficit areas (through feed processing entrepreneurial ventures) and fodder preservation in the form of silage and hay.

They were also trained in silage making through a live demonstration on the process.  ILRI scientists explained the use of Near Infrared Spectroscopy (NIRS) tool for phenotyping of various crop cultivars for fodder quality analysis and results of in vitro digestibility studies.

The project is targeting 100 farmers in 10 villages in 2017-18. The Department of Veterinary and Animal Husbandry will use their experiences in improving livestock feed resources to scale up the program throughout the state. ILRI will also support the government to pilot small- and medium-scale enterprises to produce and supply complete feed/hay/silage, based on a business model. Participants prepared a work plan at the end of the training to guide efforts towards achieving these goals.