Through the facilitation of the International Livestock Research Institute (ILRI) in India, ILRI Vietnam hosted a week-long study tour for a delegation of livestock-sector experts from India who visited the country from 24-30 July 2017.

The nine project officers and researchers from the North East Initiative Development Agency (NEIDA), the Collectives for Integrated Livelihood Initiatives (CINI), and the Centre for Microfinance and Livelihood (CML) all are associate organizations of Tata Trusts, India. Through these associate organizations, Tata Trust is implementing a livestock-based for smallholder project with one component focusing on pig production to generate more income for rural people.

The study tour aimed to share experiences of pig raising at grassroots level and of the pig value chain in Vietnam. The exchange provided a unique opportunity for the Tata Trusts team to interact with their counterparts to strengthen pig production in the two countries.

Pigs are ubiquitous throughout Vietnam, especially in rural areas. The livestock sector contributes over 21% of the country’s agricultural GDP and 83% of pork in the country is produced by smallholders and sold in the traditional wet markets. Ongoing efforts to improve the pig industry in Vietnam by government, researchers, academia, international agencies and the private sector have helped increase the pig farm scale from 1 or 2 pigs per household for consumption or as a source of cash to medium-scale of 20-25 heads per household. North-eastern India and northern Vietnam have similar climate and cultures as well as native pig breeds and production systems 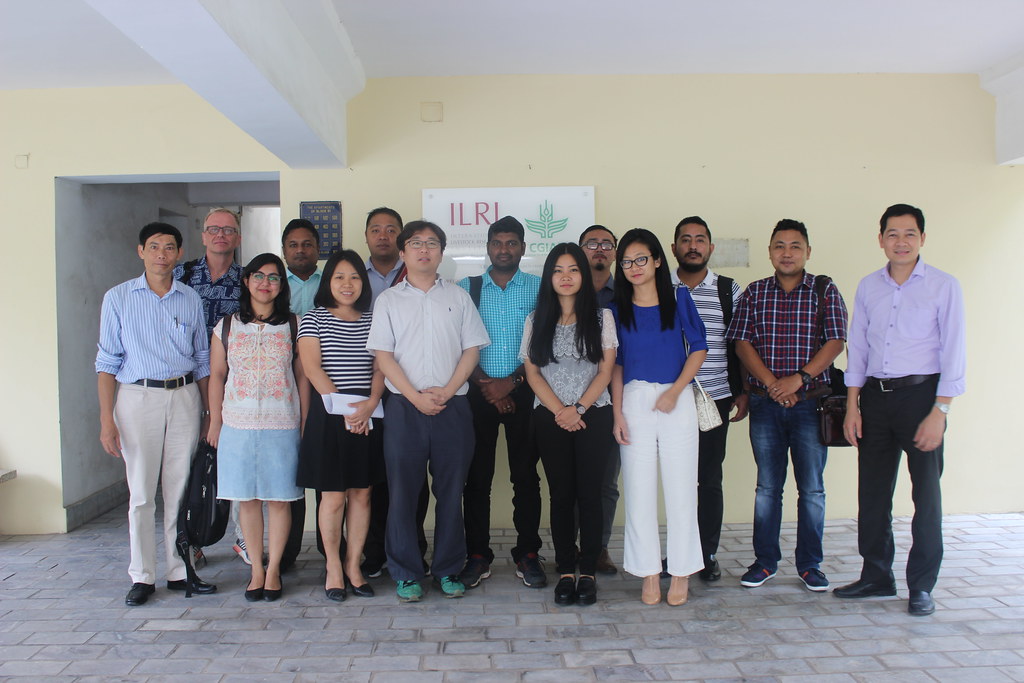 As part of the tour, the team also visited Hung Yen Province (Red River Delta) to see how pork is sold in wet markets, how slaughterhouse operates and to see the differences between small- and medium-scale pig farms in the country. They later visited Ninh Binh Province to see a piglet farm. The India delegation showed interest in the small- and medium-scale exotic pig farms of Vietnam.

The Tata Trusts delegation and ILRI staff agreed to enhance cooperation and partnerships in pig research between two countries. The India team praised the visit saying that it demonstrated how pig farmers in India can be supported to increase their production.

A similar study tour was conducted in 2016 for officials from Nagaland, India. Read more here.

See more photos of the study tour on ILRI Flickr.