Despite its significant—83%— contribution to Vietnam’s pig sector, pig production by smallholders performs below its potential and food safety remains a constant challenge along the pig value chain.

A recent policy dialogue promoted the creation of inclusive policies along the pig value chain in Vietnam under the framework of a project that works on reducing disease risks and improving food safety in smallholder pig value chains in Vietnam known as PigRISK. The dialogue attracted policymakers from Hung Yen and Nghe An provinces.

Held on 4 August 2017 in Nghe An Province, the discussion explored ways in which appropriate policies, strategies and institutional arrangements can spur smallholder pig production and food safety in the country. The meeting was funded by the Australian Centre for International Agricultural Research (ACIAR) and co-organized by the International Livestock Research Institute (ILRI), the Vietnam National University of Agriculture (VNUA) and the Hanoi University of Public Health (HUPH). 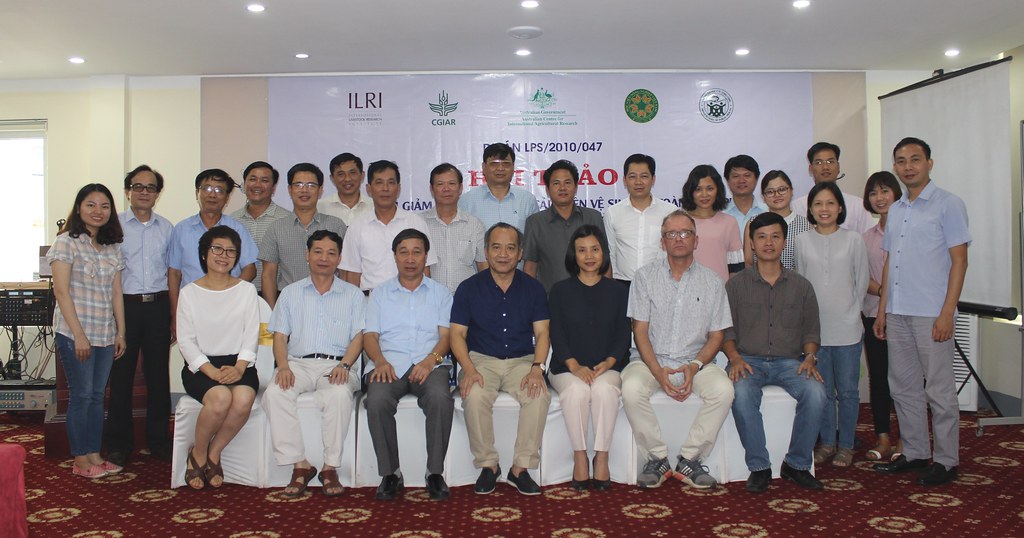 PigRISK project scientists with policymakers from Nghe An and Hung Yen provinces at the policy dialogue (photo credit: ILRI/Chi Nguyen).

Researchers working with the PigRISK project stressed the important role smallholders play in the pig value chain despite bearing the highest market risks and having low levels of productivity. The loose bond between different actors in the chain also makes them more vulnerable to market price fluctuations.

Although Vietnam has a modern food safety regulatory framework, and exports are well managed, participants noted that food safety is among the most pressing issues in the pig value chain especially in relation to domestic pork consumption.

The PigRISK policy recommendations emphasized the use of Good Agricultural and Hygiene Practices (GAHP) by smallholders and establishing pig raising groups to better connect farmers to markets and to improve food safety along the value chain. Focusing on improving hygiene practices in addition to applying only technical solutions was also emphasized.

Nguyen Dinh Tuong, head of the Livestock Production Department of Hung Yen Province said local authorities of the Province have adapted some of key results of the PigRISK project in their policymaking.

Nguyen Van Doanh, director of the Department of Agriculture and Rural Development of Hung Yen Province said local authorities there are working on a scheme for hi-tech agriculture production for 2017–2020. They recently mobilized farmers to build a livestock concentration area on 15 hectares to better connect members of a key farmer cooperative. He said that cooperatives can play a role in sustainable livestock production including ensuring good quality pork produced by smallholders. He called for further strengthening of legal mechanisms to control the quality of food sold in the traditional wet markets. The need to regulate the growing distribution channels of small outlets and boutique shops was also highlighted to ensure quality pork throughout the value chain. 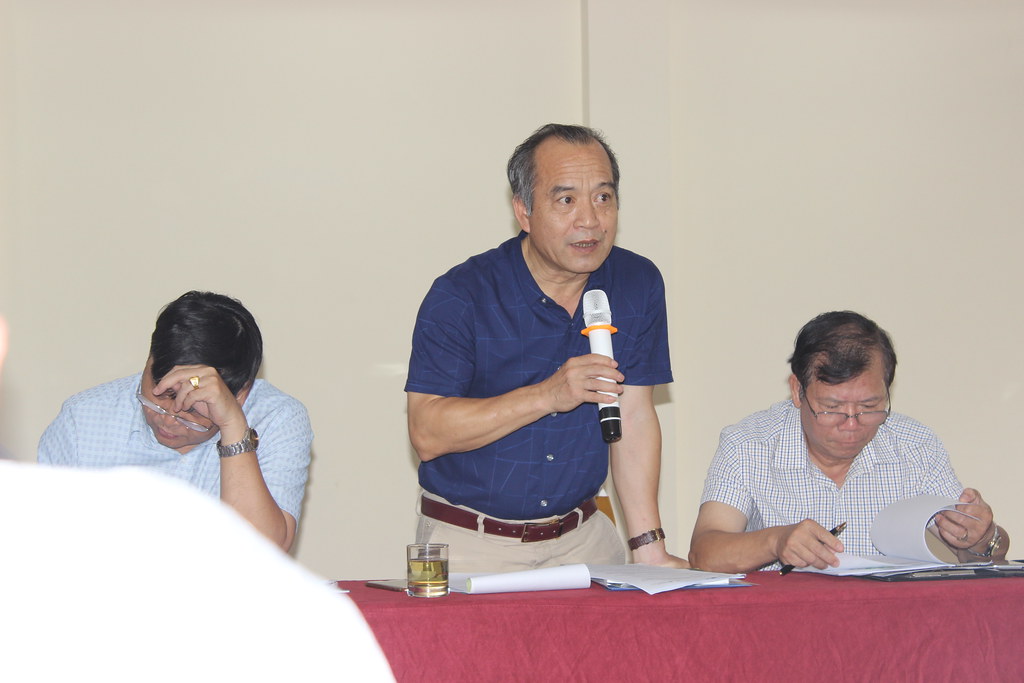 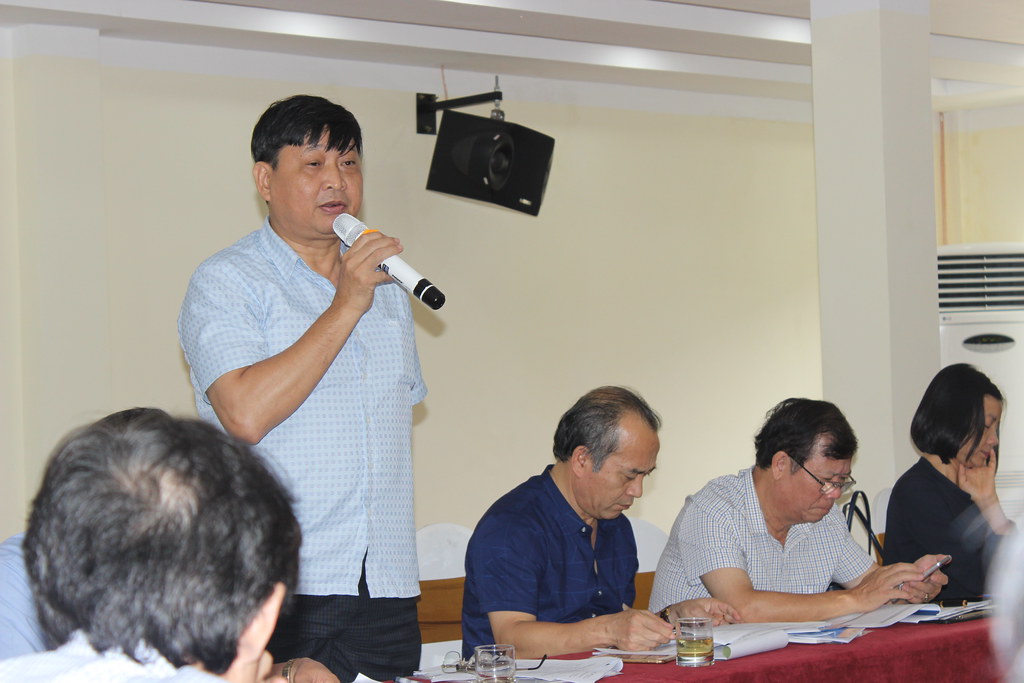 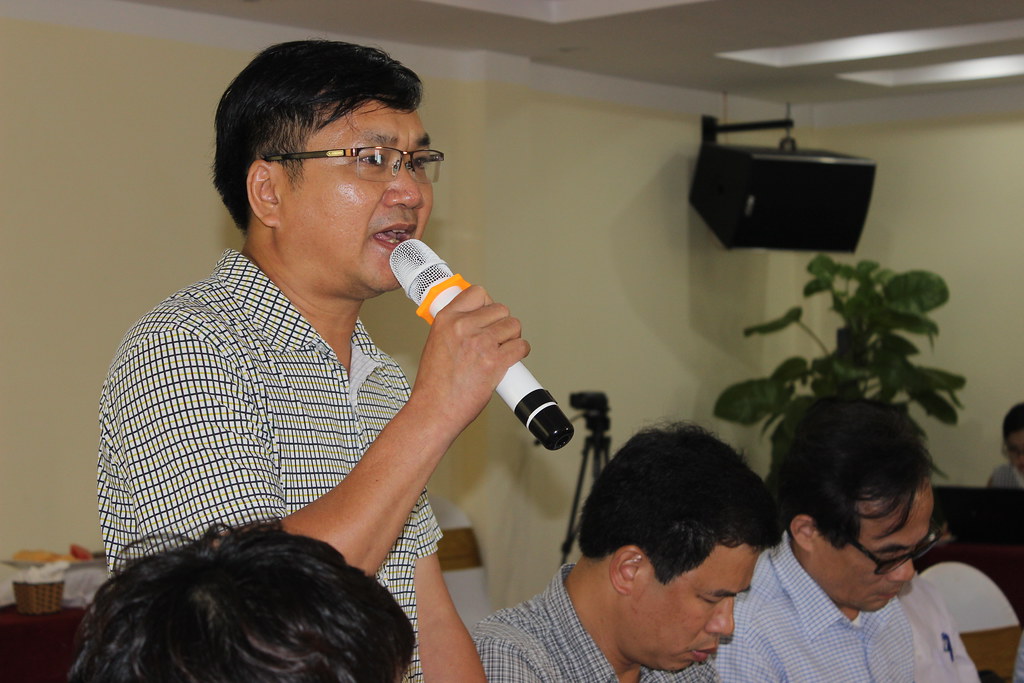 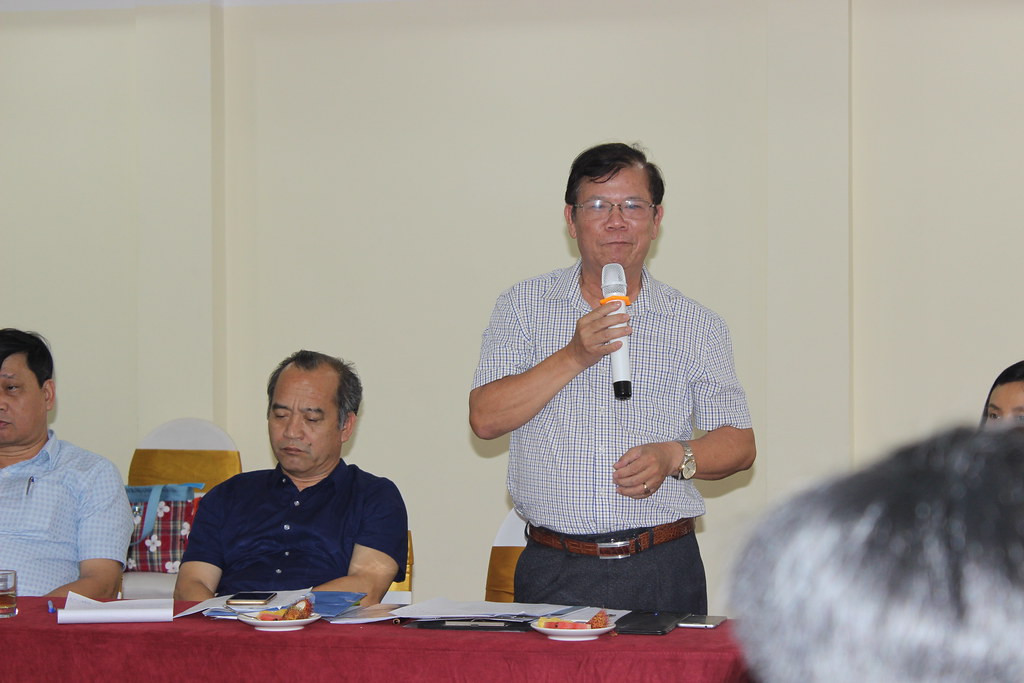 In 2014, the Government of Vietnam issued decision 50/2014/QD-TTg to support smallholder livestock production with one component of supporting product consumption and establishing cooperative groups. In addition, the support also covers capacity development and behaviour change; breeding and feed inputs; mitigation of environmental pollution and animal diseases; and enhancing slaughterhouses. Luu Quoc Hoa, deputy office manager of the Department of Agriculture and Rural Development of Nghe An Province said each province of Vietnam receives about USD 15,000 annually but current efforts in improving smallholder livestock production in the province were ineffective and had limited benefits for farmers.

A call to enhance inter-agency cooperation between agriculture and health sectors to better manage food safety issues in the pig value chain was one of the agreements from the meeting. Participants also called for participatory policymaking in the livestock sector. They said a bottom-up process would generate more benefits to people at grassroots level compared to a top-down approach.

Policymakers from the two provinces and the PigRISK researchers also agreed to fortify cooperation and partnerships in pig research and interventions in the two provinces. They praised the outcomes of the project and said they looked forward to the SafePORK project, a continuation of the PigRISK project, which will end in September 2017. SafePORK will promote food safety interventions and advocate for more actionable and inclusive policies. It will identify key policies and organize further consultations with policymakers and relevant stakeholders.

See more photos of the workshop on ILRI Flickr.