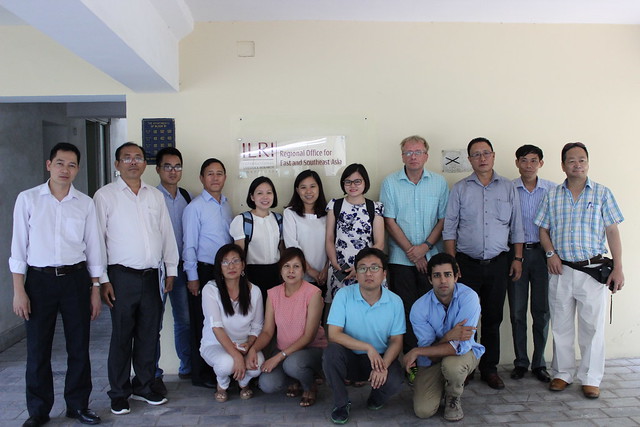 Pork is a key ingredient of the local cuisine of many countries in Southeast Asia, particularly in Vietnam. Pig production is a lucrative source of livelihood for both large- and small-scale farmers in the country, and there are ongoing efforts to improve the pig industry in Vietnam by government, research organizations, international agencies and the private sector.

Most of the research by the International Livestock Research Institute (ILRI) in Vietnam focuses on enhancing pig value chains, improving smallholder farmers’ competitiveness in markets, and improving pork handling to enhance food safety and reduce pork-borne diseases. The Ministry of Agriculture and Rural Development (MARD) has been a key partner of ILRI’s pig research in Vietnam.

Aside from Southeast Asia, ILRI has, for many years, carried out pig research on improving breeds, livelihoods and human health and nutrition in South Asia, particularly in the state of Nagaland in India. Pig farming is an important source of food and income among agricultural communities in Nagaland, and in the northeast region of the country as well, where many rural smallholder farmers raise pigs to supply their household meat needs and sell pork for income.

Recently, ILRI researchers in Vietnam hosted officials of the Department of Veterinary and Animal Husbandry (V&AH) of the Government of Nagaland, India, in a week-long (12–18 June 2016) study tour of pig production systems in Vietnam. 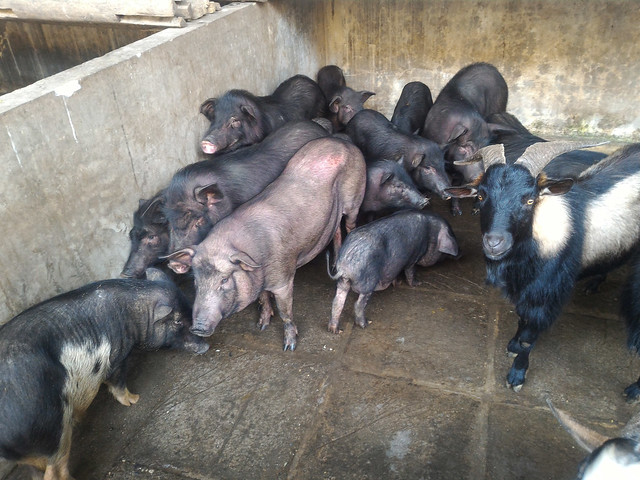 The goal of the visit was to share learning and experiences of community-level pig breeding and service delivery systems and to learn about the operations of the pig value chain in Vietnam. The exchange would support knowledge exchange between the pig sector players in the two countries.

Activities during the week included a presentation by Fred Unger, a veterinary epidemiologist at ILRI Vietnam, on lessons from the PigRisk project, which is led by ILRI and funded by the Australian Centre for International Agricultural Research (ACIAR). Unger explained how the project is aiming to improve the livelihoods of rural and urban poor in Vietnam by creating better opportunities and incomes from pig value chains and reducing risks associated with pork-borne diseases.

The Nagaland delegation also interacted with ILRI partners in Vietnam including Vietnam National University of Agriculture (VNUA), the National Institute of Animal Science (NIAS) and Hanoi School of Public Health (HSPH) and the Department of Livestock Production of MARD. ILRI’s Vietnamese partners discussed successes of the country’s pig sub-sector, as well as limitations and differences on animal husbandry methods in several regions across the country. 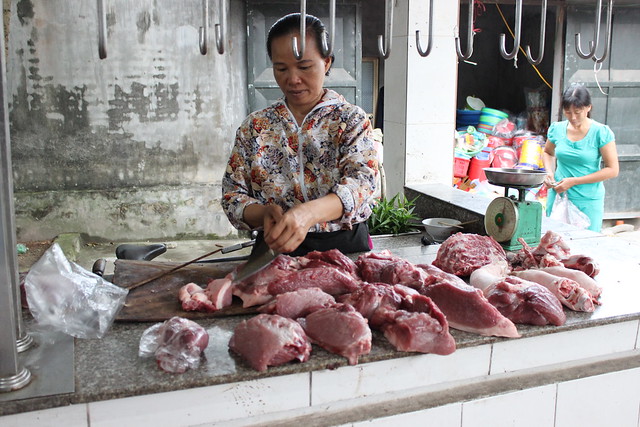 After the event, the Nagaland delegation and ILRI staff, who included Hung Nguyen, acting regional representative for ILRI East and Southeast Asia, agreed on next steps for future collaborations and partnerships on pig research between the two countries.

Read an article on how ILRI research is helping to shape Nagaland pig breeding policy.

Learn more about the PigRisk project.