Scientists from the Veterinary Public Health Centre for Asia Pacific (VPHCAP) in Chiang Mai University and the International Livestock Research Institute (ILRI) collaborated in a range of capacity development activities in July 2018 that reflected their ongoing partnership in public health, food security and ecosystems health research.

The two organizations supported two courses on addressing antimicrobial resistance and risk analysis in food systems that were part of the Global Health Institute 2018 program (GHI 2018) in Chiang Mai University on 5–13 July. The courses were attended by public health, animal health and animal science students and researchers in South and Southeast Asia.

Scientists from VPHCAP, ILRI, Hanoi University of Public Health (HUPH), and the ‘Market-based approaches to improving the safety of pork in Vietnam’ or SafePORK project led the training in the two courses. 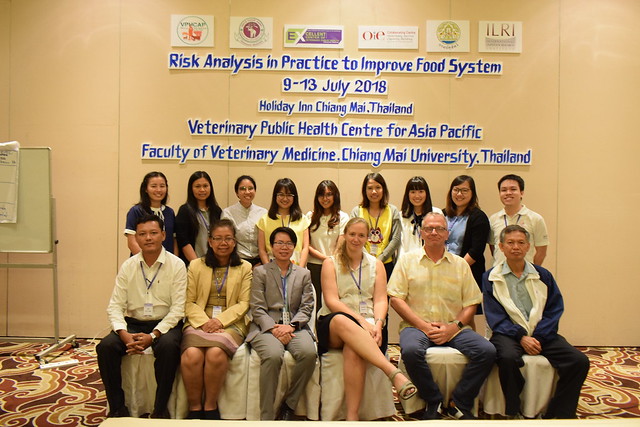 The participants learned how to perform advanced risk analysis to improve safety along the food production chain and how to carry out risk assessments and molecular epidemiology. The aim of the course was to strengthen the use of analysis tools and databases such as @Risk and ComBase in the national agricultural research systems and public health services in the region.

The participants also attended the 5th Food Safety and Zoonoses Symposium of Asia Pacific which was held during GHI 2018 from 6–7 July where featured discussions included the global agenda for antimicrobial resistance and the use of economic and systems approaches in animal health analyses. 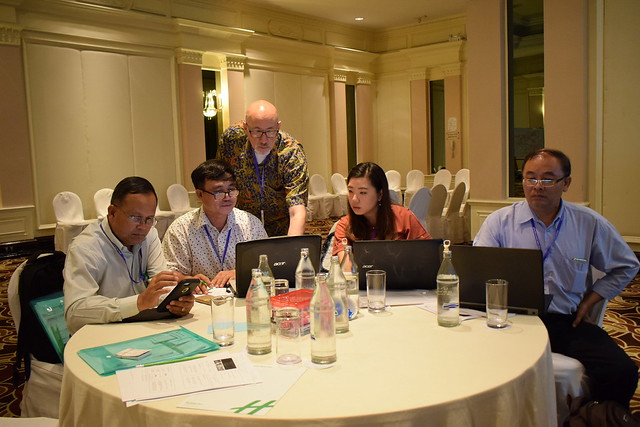 The GHI symposium also gave participants an opportunity to discuss ongoing collaboration with researchers from the Free University of Berlin who offered training in molecular epidemiology.

The GHI conference has been held annually by VPHCAP and international partners including ILRI since its inauguration in 2012. The program strengthens partners’ technical skills and identifies opportunities for fostering collective action for the benefit of public health, food security and ecosystem health.

Read more about the fourth Food Safety and Zoonoses Symposium for Asia Pacific.