Each week on this blog, we will meet with ILRI staff members, partners and projects in Asia to learn about their work, challenges and the opportunities they face to leverage livestock knowledge in Asia.

Initially trained as a medic, Jeff  Gilbert has since reverted to his original career aspiration of being a veterinary epidemiologist. From Northern Ireland originally, Jeff’s work has seen him working in several countries such as Cameroon, China, Vietnam and Afghanistan to name but a few. Now based in in Vientiane in Laos, Jeff coordinates the ‘EcoZD‘ project (Ecosystem approaches to the better management of zoonotic emerging infectious diseases in the Southeast Asia region). 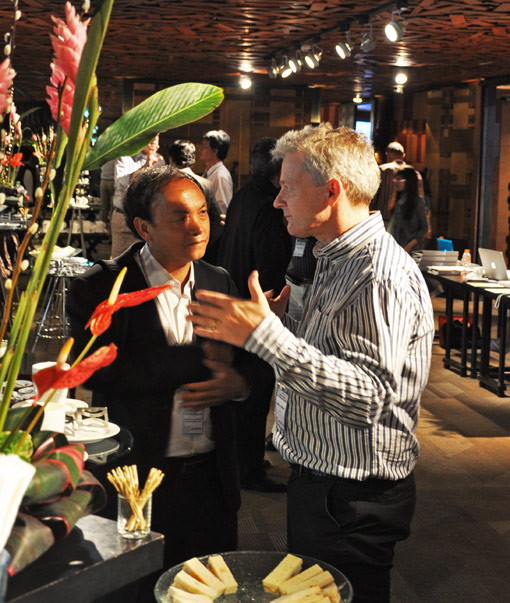 ILRI Asia: At the recent EcoZD annual progress meeting, the concepts of ‘Eco Health’ and ‘One Health’ were quite prevalent. Can you shed some light on their role in the project?

These ‘two’ concepts are essentially theoretical approaches to research, with both approaches providing substantial overlap to one another actually. Simply put, I consider One Health as having a strong biomedical focus, whilst also taking into account wildlife. Eco Health meanwhile, takes this initial concept, and builds upon it. Aspects of social sciences such as sociology and economics are taken into consideration within this approach.

In actual fact, the EcoZD project should have closed this week on 29 February! However, the project was granted an eighteen-month extension due to a planning period that took longer than originally anticipated as multi-disciplinary teams were formed in our project countries to design and conduct the research.

Teams in Cambodia, Yunnan (China), Indonesia, Lao PDR, Vietnam and a joint Thai-Vietnamese team are currently conducting or completing research on priority zoonoses in their respective countries. Additionally, ‘Eco Health’ Resource Centres at Chang Mai University in the north of Thailand, and the University of Gadjah Mada in Indonesia are establishing themselves as local South East Asian resources for ‘integrative health’ approaches.

ILRI Asia: Due to the large-scale nature of the project, there must be some unique challenges and opportunities that you’ve come across?

The multi-country aspect of the project definitely brings about some distinct challenges. First off, we have the huge challenge of language. Unlike Latin America and sub-Saharan Africa, there is no European lingua franca here, thus we are limited to involving those who speak English. On top of this, the One Health and Eco Health concepts each bring with them their own distinct ‘languages’ – which has at times been a cause of confusion amongst our project partners.

Somewhat unrelated – we’ve also seen certain country teams experience difficulty in accessing particular web resources due to exclusions being placed upon their countries by web-administrators. An issue we are continually having to account for unfortunately.

Of course, let’s not forget that in keeping with the ‘Eco Health’ approach to our work – we’ve put together a balanced team of medics, vets and social scientists in a dynamic team, which in itself poses the greatest challenge of all!

ILRI Asia: Has being located in Laos provided you with greater insights into the livestock sector there? Are there any particular aspects that set it apart from its neighbouring countries in this respect?

As EcoZD is a regional project, I’ve only been able to commit around one-eighth of my time to the local Lao team, despite being based here in Vientiane. I was however responsible for putting the team together, and assisting them with the planning and introduction meetings at both pilot provinces. Also – with the availability of counterparts we have worked closely with the Australian Centre for International Agricultural Research (ACIAR) who are conducting similar research that complements what we are doing.

Lao PDR is a fascinating country with a relatively low population of approximately 6.5million. There still remains a strong reliance on agriculture in the rural areas where pigs are favoured as the main livestock. However, that is not to say that buffalo, cattle and goats are not also common. There is a preference here in Laos to eating raw meat and fish which exposes people to a number of important zoonoses, some of which can predispose them to epilepsy and liver cancer, as well as fatal or other long-term effects of zoonotic infections. 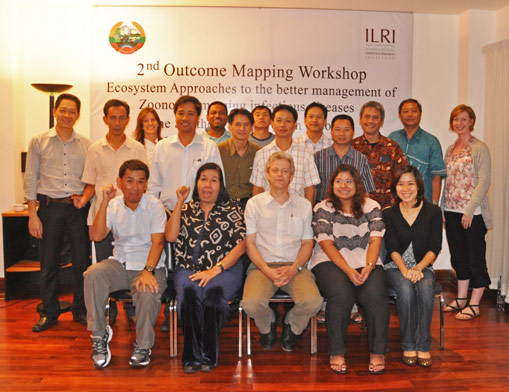 Learn more about the EcoZD project

Learn more about ‘One Health’ and ‘Eco Health’