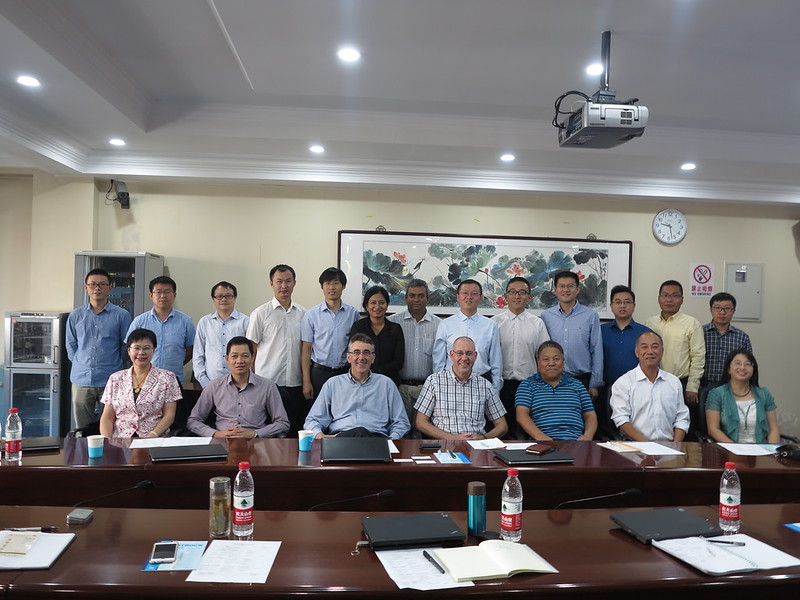 Cooperative meeting between ILRI and the Natural Science Foundation of China on 23 September 2016 in Beijing, China (photo credit: ILRI/Chunlei Wang).

The International Livestock Research Institute (ILRI) has worked on livestock research-for-development projects in China since the late 1990s.

More than a decade later, the institute strengthened its work in China with the establishment of a joint laboratory working on forages and genetic resources research, in partnership with the Chinese Academy of Agricultural Sciences (CAAS).

Since 2004, the CAAS–ILRI Joint Laboratory on Livestock and Forage Genetic Resources (JLLFGR) in Beijing, which is hosted by the Institute of Animal Science (IAS), has worked on molecular characterization and improved utilization of livestock and forage genetic resources. It also offers capacity building for visiting scientists and students, and conducts joint research activities with institutes in Asia.

Building on the success of JLLFGR, in 2015, the CAAS-ILRI Joint Laboratory on Ruminant Disease Control (JLRDC) was established in Lanzhou, a city southwest of Beijing, in collaboration with the Lanzhou Veterinary Research Institute of CAAS, to carry out work on infectious diseases of ruminants, vaccines and disease diagnostics.

A recent meeting (23 September 2016) between the Natural Science Foundation of China (NSFC) and ILRI further cemented the partnership between the two organizations when it reviewed five ongoing projects in China and launched three new ones.

Collaboration between CGIAR research programs and China and future joint work between ILRI and JLLFGR was also discussed in separate meetings.

The ILRI delegation met with Huijie Zhang, deputy director general of the Department of International Cooperation of CAAS, to talk about the collaboration between CGIAR research programs and China. The ILRI team held a meeting with Junmin Zhang, deputy director of IAS, to review and discuss ongoing and future joint research activities of JLLFGR.

Read an article about the launch of the Lanzhou joint lab in Beijing.

See a story on capacity building for visiting scientists at the ILRI–CAAS Beijing lab.