The CGIAR Research Program on Livestock and Fish recently reviewed its current projects and activities in India and set plans for 2016 and beyond.

At a review and planning meeting held 24-26 September 2015 at the Banaras Hindu University (BHU) in Varanasi City in Uttar Pradesh, progress of the Livestock and Fish dairy value chain work in India was assessed. 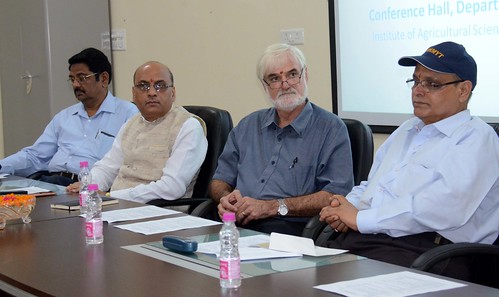 The Livestock and Fish program, which is led by the International Livestock Research Institute (ILRI), seeks to improve the livelihoods of smallholder dairy farmers in India by developing value chains, improving access to markets, and conducting training sessions on efficient dairy production methods.

Welcome remarks were also delivered by DC Rai, head of the Department of Animal Health and Dairying at BHU, RP Singh, director of BHU Institute of Agricultural Sciences, and A Vaishampayan, dean of the Faculty of Agriculture at BHU. 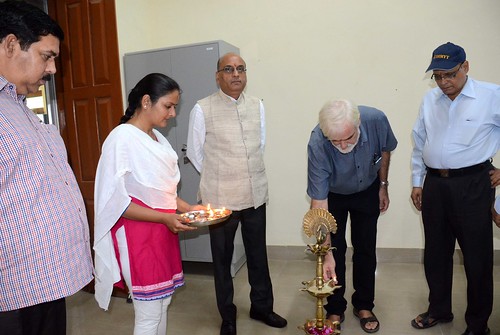 The lighting of the ceremonial flame during the inaugural session (photo credit: ILRI).

During the Livestock and Fish meeting proper that followed, Vamsidhar Reddy, ILRI dairy value chain national coordinator, gave the updates on ‘Smallholder dairy value chain’ project. The changes and developments in the Livestock and Fish program were presented by Isabelle Baltenweck, ILRI program leader of Livelihoods, Gender and Impact (LGI). Project updates were presented by a number of ILRI staff.

After the updates and reviews, the meeting participants focused on identifying best-bet interventions for the dairy value chain program in India, and then ranked these based on various parameters. Based on these, a 2016 plan of work and budget for Livestock and Fish programs in the country was developed. 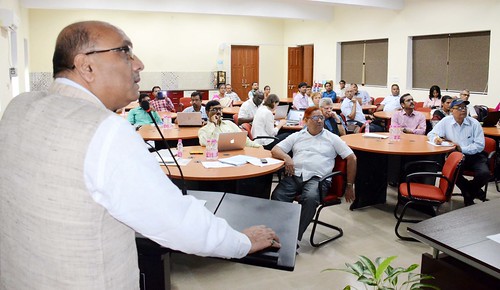 In addition, participants also agreed on topics for new proposal development which closely matched the research agenda developed jointly with ICAR scientists earlier in the week for resource mobilization.

In a separate meeting, ILRI scientists also met with GC Tripathi, BHU vice chancellor, and talked about improving the genetic stock of indigenous breeds of cattle as an opportunity for collaboration.

Read about how ILRI’s research in Guwahati and Bihar has helped dairy farmers improve their livelihoods.

For more articles on Livestock and Fish activities, visit its website.