In a meeting held 8-10 October 2015, the two institutes identified areas of mutual interest such as food safety, zoonotic diseases and animal nutrition as opportunities for developing joint proposals and projects. 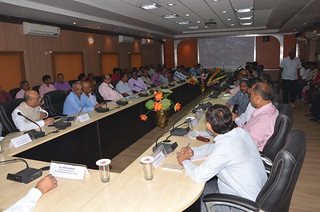 Alok Jha, ILRI South Asia regional representative, explained the important role played by the livestock sector in reducing poverty globally and in South Asia region. He said ILRI has experience in partnering with institutions such as those in the India National Agricultural Research System (NARS) to carry out livestock research for development.

He explained ILRI’s work in conjunction with relevant partners to meet their shared goals for the state of Bihar through initiatives such as the Cereal Systems Initiative in South Asia (CSISA) project. According to Jha, the Indian government and the development agencies consider Bihar a gateway for ushering in the second wave of green revolution in the country. 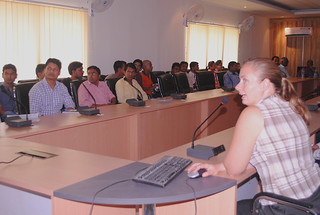 ILRI scientist Johanna Lindahl discusses the impact of food-borne and zoonotic diseases around the globe and on India (photo credit: R R B Singh).

Although several possible joint research areas were named, emphasis was placed on food safety research. Johanna Lindahl, a scientist working with ILRI’s Food Safety and Zoonoses (FSZ) program, talked about the impact of food-borne and zoonotic diseases around the globe and on India. Lindahl also presented ILRI’s ongoing activities and cited some outcomes of ILRI’s past work in the country. 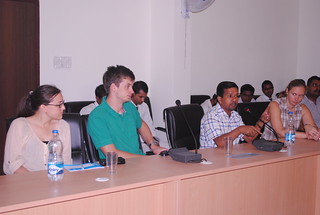 Later, the ILRI team and three students from the Swedish University of Agricultural Sciences (SLU) attended a forum with the dean, professors and students of the Sanjay Gandhi Institute of Dairy Technology (SGIDT), Patna to discuss food-borne and zoonotic diseases research in Bihar, India.

Learn more about ILRI’s partnership with the Indian Council of Agricultural Research.