The International Livestock Research Institute (ILRI) and the Indian Council of Agricultural Research (ICAR) recently discussed new areas of collaboration in India as part of a renewed research partnership between the two organizations.

The meeting held on 21-22 September 2015 in New Delhi was attended by around 40 scientists from the two centres and follows the recent signing of a joint ICAR-ILRI work plan for 2015-2018. 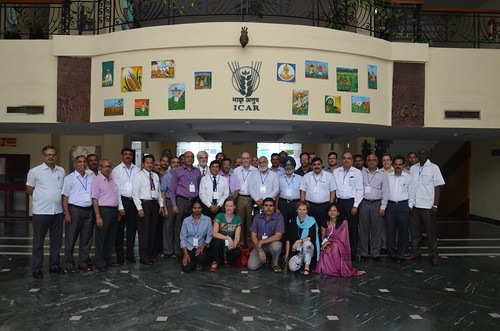 Directors and researchers from the two institutes discussed details of new collaborative research topics that reflect the new work plan. The priority was to identify key topics of mutual interest where ICAR and ILRI’s complementary skills could be brought to bear. Agreed topics include joint research in animal health and genetics, food safety and zoonotic diseases, feed and fodder, vaccines and diagnostics, and livestock value chain development.

New areas of collaboration would also include research on brucellosis, secondary screening of livestock diseases, tackling the Ganjam virus, research on value chains for goats, pigs and buffaloes, and animal breeding.

Iain Wright, ILRI Deputy Director General – Integrated Sciences, said the new work plan has an increased focus on livestock to address poverty and food and nutritional security in India, results of which will not only benefit India, but also other countries in South Asia. He said that as part of the new work plan, ILRI would facilitate ICAR’s interventions in Africa. 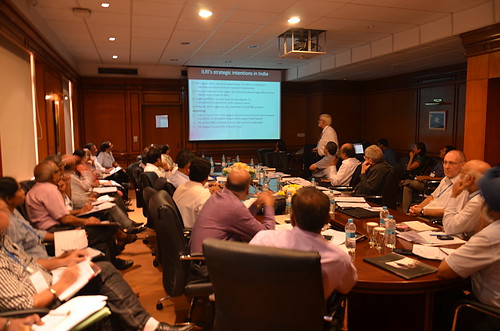 The new efforts would also focus on building the capacities of ILRI and ICAR researchers and those of key partners.

ILRI scientists also met with ICAR Director General S Ayyappan and discussed the strategic opportunities of working together. Ayyappan stressed the need for state-of-the-art research in livestock sector to meet livestock demands in the next 30 years. He also discussed probable contributions of ILRI in the areas of gene editing, semen sexing, animal breeding strategies, productivity enhancement and improvements in fodder for animals.

Read about the 2012 ICAR-ILRI partnership dialogue that preceded the current work plan.