On 20 June 2017, Jimmy Smith, director general of the International Livestock Research Institute (ILRI) along with Habibar Rahman, ILRI’s regional representative for South Asia, visited the International Centre for Foot & Mouth Disease (ICFMD), a state-of-the-art high containment BSL-3 Ag laboratory facility in Bhubaneswar, India. The facility, which was launched on 1 April 2017, is a constituent laboratory of the Indian Council of Agricultural Research (ICAR) directorate of foot and mouth disease (FMD). 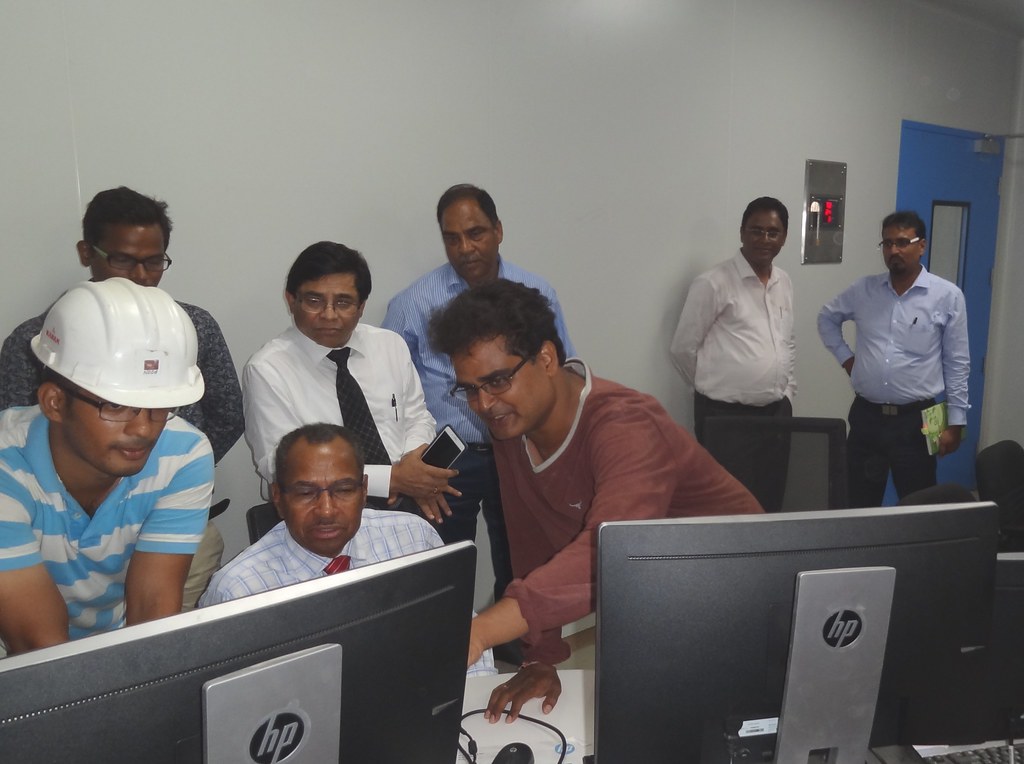 The FMD virus is a contagious viral disease of livestock that is prevalent in most Asian and African countries. The disease is endemic in India and every year a large number of animals are infected causing losses of about INR 250,000.00 million annually. It can, however, be controlled through early diagnosis and appropriate vaccination. The laboratory in Bhubaneswar, a first-of-its-kind in Asia, is a VSL-3 containment facility for the diagnosis, serotyping of the virus type, and molecular epidemiology of FMD.

The facility also hosts the Food and Agriculture Organization of the United Nations (FAO) regional diagnostic laboratory for the South Asian Association for Regional Cooperation (SAARC) and is part of the World Organization for Animal Health (OIE)/FAO global network of FMD reference laboratories. The ICFMD is the first laboratory of its kind in Asia.

Scientists at the facility are comparing the FMD viruses in India with those in other parts of the world with the aim of enhancing the country’s preparedness to handle any incursion of exotic FMD virus strains in to the country.

This facility is expected to expand its work to other countries in South Asia. The visit by Smith and Rahman explored ways researchers at the facility can partner with FMD researchers in Africa.