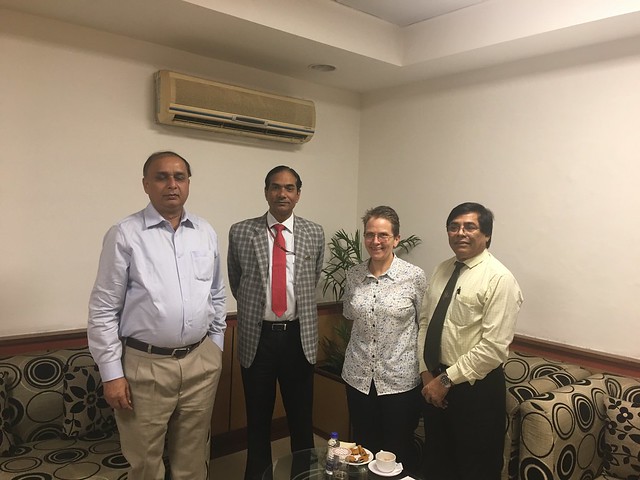 On 27 March, Tarawali, H Rahman, Michael Blümmel, ILRI and V Padmakumar, program manager for ILRI in Telengana, visited Odisha State to review progress of a ‘Feed and Fodder Production in different Agro-climatic zones and its Utilization for Livestock of Odisha’ project which is funded by the government of Odisha through its Fisheries and Animal Resource Development Department. 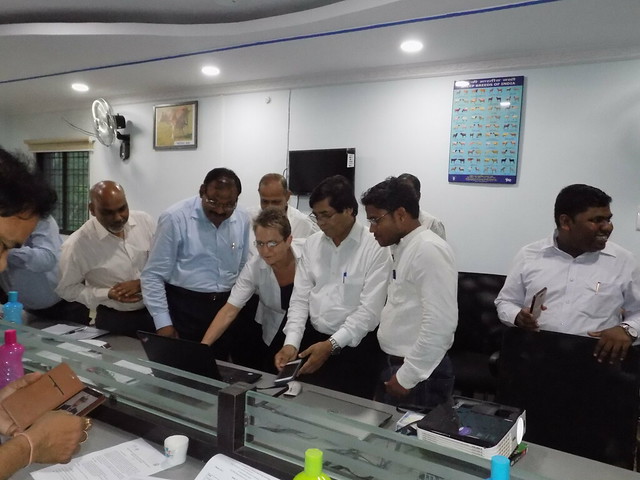 During the visit, Tarawali and Shri PK Mallick, the commissioner-cum-director in the state’s Animal Husbandry and Veterinary Services Department, launched a new mobile application and mobile SMS portal, developed as part of the project, to help farmers in the state improve their livestock feeding practices.

Developed by the scientists from the Centre for Agricultural Bio-informatics, the Indian Agricultural Statistics Research Institute (CABIN-IASRI) with support of animal nutrition scientists from the National Institute of Animal Nutrition and Physiology (NIANP-ICAR) and ILRI; the application, which is available in Google Play, will provide information to farmers on improving feed ration formulation so that they can improve the productivity of their livestock. 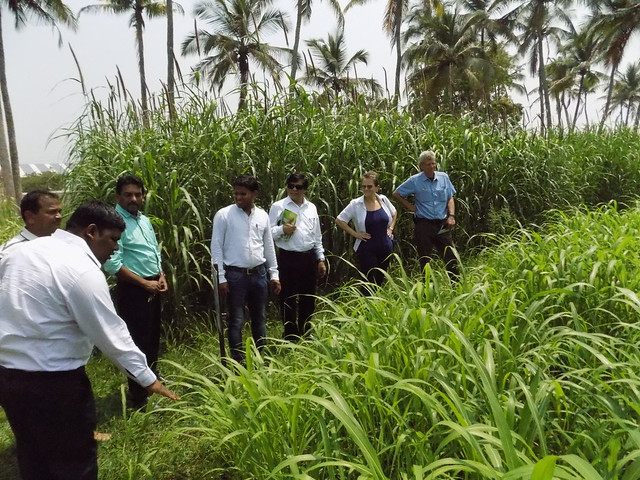 The officials also visited the state-run Pipil Fodder Farm to see research in new varieties of fodder varieties and crops such as Jowar (COFS-29, COFS-31, and CSH24MF), dual-purpose maize (Nk-6240 and Nk-30) and hybrid Napier grass (Co5, Sampoorna and Co-3). Shri PK Mallick said efforts are underway to avail feed and fodder that meets the needs of farmers in different agro-climatic zones in Odisha.

On 28 March, Tarawali held meetings with Peter Carberry and Ravi Chandra Kota, the deputy director general, and the head of finance at the International Crops Research Institute for the Semi-Arid Tropics (ICRISAT), respectively, in Hyderabad. Their discussions centred on strengthening the work of the CGIAR Research Programs on Grain Legumes and Dryland Cereals, and Livestock and Agri-food Systems in the country.