The International Livestock Research Institute (ILRI) has joined hands with the Department of Animal Husbandry and Veterinary Services (DAH&VS) of Odisha State, India, to assist rural communities revive livestock farming following the disastrous cyclone Fani that hit the state in early May 2019.

Fani, one of the worst tropical cyclones on record in India, caused catastrophic damage to people and animals in Odisha, especially along the state’s 485 kilometre-long coast. Sixty-eight people died and hundreds of domestic and wild animals were lost in the disaster, which is estimated to have cost the state INR120 billion (USD17.5 billion). The lives and livelihoods of farmers in the 10 coastal districts of Puri, Khordha, Cuttack, Nayagarh, Jagatsingpur, Jajpur, Bhadrak, Balaosre, Ganjam and Kendrapara have been threatened as a result of the cyclone. 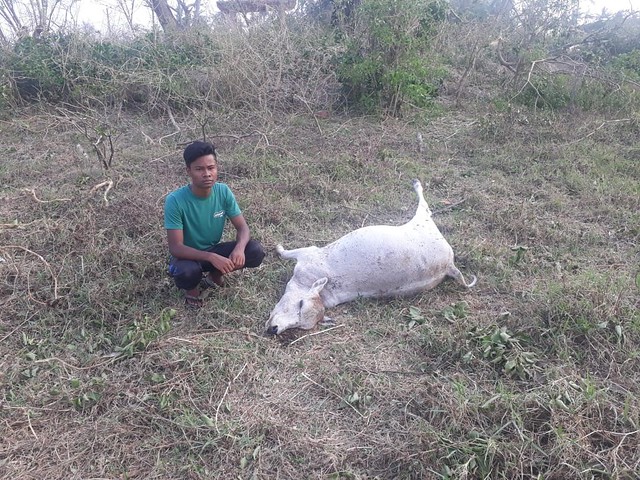 Hundreds of domestic and wild animals were lost in the disaster (photo credit: ILRI/Kennady Vijayalakshmy).

The availability of livestock feeds, especially dry and green fodder in these districts was severely affected by the disaster. To support the affected livestock keepers and help re-establish livestock farming in affected areas, the DAH&VS distributed concentrate feeds for animals, dry fodder like paddy straw and green fodder like sorghum and hybrid Napier grass to farmers on 10–20 May 2019. ILRI supported the initiative by supplying seven tonnes of green fodder from demonstration field units in Pipil, Kathpal, Bhanjanagr and Anugul, which are part of the ongoing ‘Feed and fodder production in different agro-climatic zones and its utilization for the livestock of Odisha’ project.

ILRI also gave fodder stems and seeds to more than 500 farmers whose fodder fields were affected by the storm. These efforts in rescuing the livestock sector of the state were appreciated by the state government of Odisha. 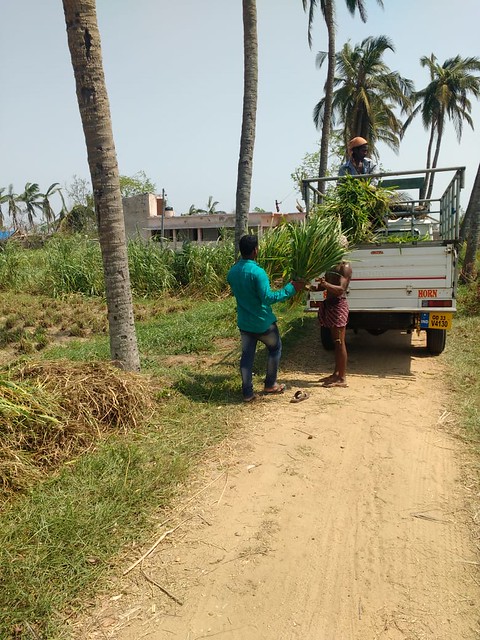 Since April 2017, ILRI has been working in Odisha to come up with a livestock feeding strategy, demonstrate new feed technologies and varieties of fodder crops with the support of the Fisheries and Animal Resources Development and the Animal Husbandry and Veterinary Services departments. So far, ILRI had demonstrated 10 new varieties of fodder crops including perennial and seasonal crops such as sorghum, bajra, cowpea, sugargraze, berseem, agathi tree fodder, subabul tree fodder, maize and hybrid Napier grass at 10 government fodder farms and 1,000 farmers’ field sites in the state.