Towards the end of the peri-urban human animal environment interface (PeriMilk) project that the International Livestock Research Institute (ILRI) has been implementing in India together with the Public Health Foundation of India and Indian universities, ILRI invited 30 brucellosis and animal health and zoonoses experts to a one-day workshop.

Trilochan Mohapatra, director general of the Indian Council of Agricultural Research (ICAR) welcomed participants in the meeting which was held in New Delhi on 26 October 2017 to identify ways of enhancing brucellosis control in the country.

Habibar Rahman, ILRI regional representative for South Asia welcomed the guests and participants, briefing them on the purpose of this workshop and the ILRI’s role in controlling brucellosis and transboundary livestock diseases in India, the region and globally. 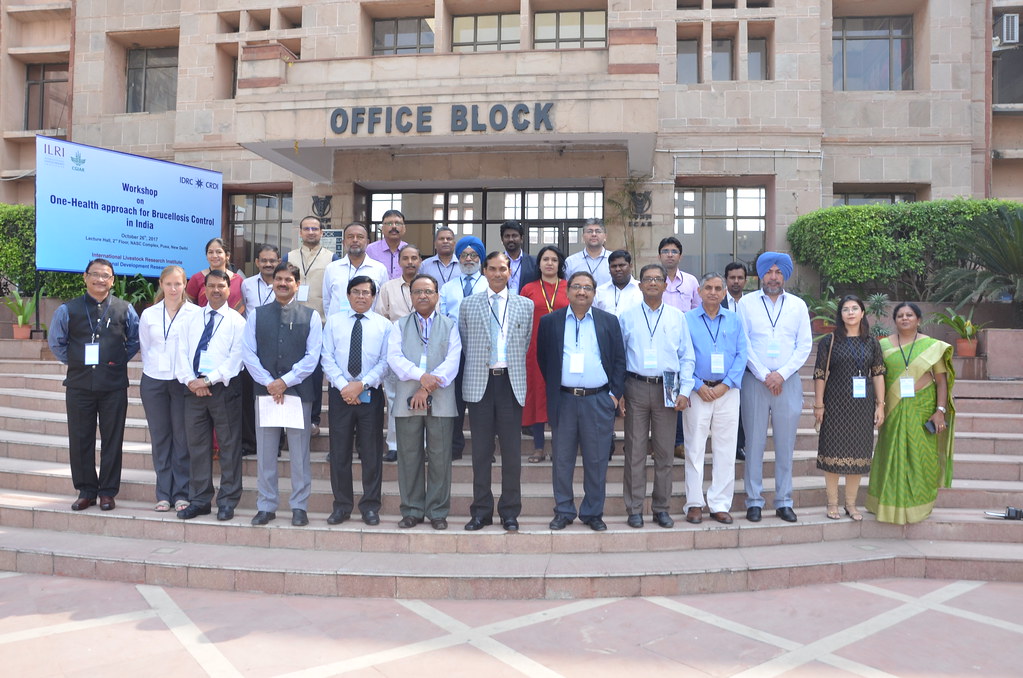 Johanna Lindahl, a veterinary epidemiologist at ILRI, spoke about the importance of OneHealth research and the role of livestock in improving human health and livelihoods. Catherine Vrentas from the United States Department of Agriculture (USDA) described the impacts of brucellosis globally and the research on the disease in the US. Rajeswari Shome, from ICAR’s National Institute of Veterinary Epidemiology and Disease Informatics, and Manju Rahi, from the Indian Council of Medical Research (ICMR), presented the ongoing brucellosis research on the diseases impacts on animal and humans in India, respectively. Later, Rajendra Gulabrao Bambal from the Department of Animal Husbandry, Dairying and Fisheries shared the ongoing work of the brucellosis national control program while Ram Deka, from ILRI, presented the outcomes of animal health research by ILRI in India and the current challenges.

Participants in the meeting agreed that managing brucellosis in India will require the strengthening of diagnostic laboratory capacities, improved diagnostic tests and vaccines and more awareness creation about the disease among farmers and the public. Other areas of focus should include additional research on the disease and its impacts on humans and different species of ruminants, better management of infected animals and enhancing vaccination programs.

The stakeholders in the meeting, particularly ICMR and ICAR agreed to enhance their collaboration in tackling the disease. An annual zoonoses conferences jointly led by the two organizations will be considered in future as well as the creation of a national taskforce for managing brucellosis and other zoonotic diseases.

More photos of this workshop can be seen on ILRI’s Flickr.