Vietnam is one of countries most vulnerable to climate change and climate change mitigation is a key priority of the government. Obtaining country-specific greenhouse gas (GHG) emission data from agricultural activities, especially from the livestock sector, is pivotal in supporting ‘climate-smart’ livestock practices that will help the country’s smallholder farmers protect their livelihoods in the context of climate change.

It is estimated that two animals, cattle and buffalo, account for approximately 90% of total livestock GHG emissions in Vietnam. But this is not well characterized, as these estimates are derived from census data and the use of default emission factors. 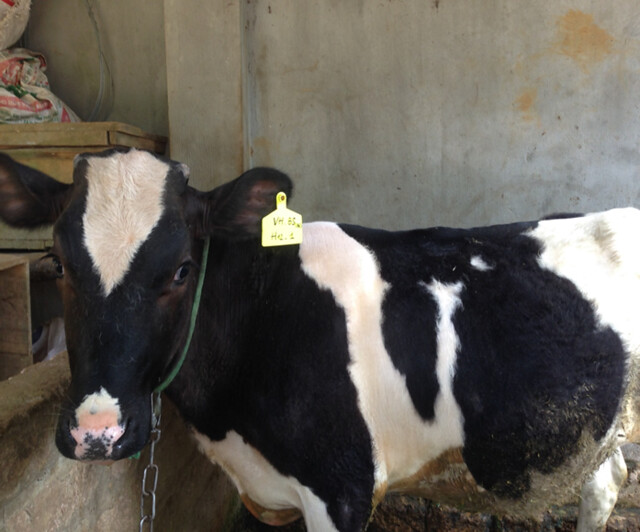 According to John Goopy, a scientist at the International Livestock Research Institute (ILRI), ‘reliance on default estimates gives a false and misleading picture of livestock enteric emission factors, which in turn can prejudice valid assessment and evaluation of mitigation and adaption interventions’. He added that emission estimates for mature dairy cattle are underestimated by about 46% while beef cattle appear to be over-estimated. 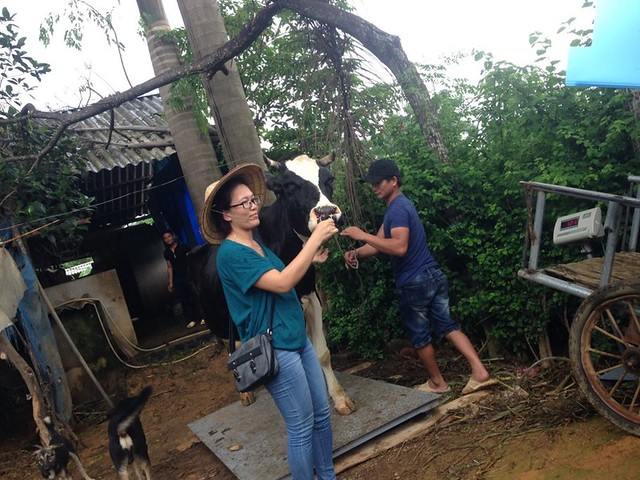 Researchers from ILRI and Vietnam Institute for Agricultural Environment (IAE) are using portable animal weigh-bridge to get the actual live-weight of each animal (photo credit: IAE/ Cu Thi Thien Thu).

A preliminary study in Ba Vi, a northwest district of Hanoi in 2017, provided indicators of livestock emission factors which could be compared with the estimated emission factors. The study was carried out by scientists from the Institute of Agricultural Environment (IAE), the Vietnam National University of Agriculture and ILRI who presented their findings at a seminar on ‘Greenhouse gases in livestock sector in Vietnam’ at ILRI’s Hanoi office on 19 October 2017.

Hung Nguyen, ILRI’s regional representative for East and Southeast Asia, noted that current information on livestock GHG emissions in Vietnam is mostly based on an Intergovernmental Panel on Climate Change (IPCC) 1996 revised TIER 1, in particular in ruminant animals. He said similar data was needed from other parts of the country so that researchers and livestock sector players could get a more comprehensive picture of livestock GHG emissions in the country.

Mai Van Trinh, director general of IAE and co-principal investigator in this study said ILRI and IAE will work together in identifying how to expand this work to other agro-ecological zones to collect enough evidence to demonstrate to policymakers the importance of using higher TIER for livestock emissions calculation. This information would be shared with the government to create a GHG inventory and to map out GHG emissions hotspots and to help develop relevant and feasible mitigation options for the Nationally Determined Contributions (NDCs) for the livestock sector.

This research is funded by the CGIAR Research Program on Climate Change, Agriculture and Food Security (CCAFS).