The International Livestock Research Institute (ILRI) and the Indian Council of Agricultural Research (ICAR) signed, on 17 August 2015, a new work plan with an increased focus on livestock research to address poverty and food and nutritional security in the country. 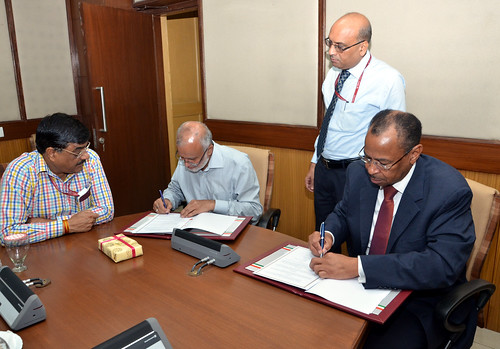 During the signing ceremony, Ayyappan acknowledged the importance of livestock not only for India but also for the South Asia region and said the two organizations would work closely to support new livestock development programs that have been initiated by the Government of India to improve the livelihood security of smallholder farmers.

Smith said the new plan would encourage collaboration between researchers from ILRI and ICAR to share research that would further advance the livestock sector. He also stressed that there is a need to share success stories from Indian livestock development with African nations. 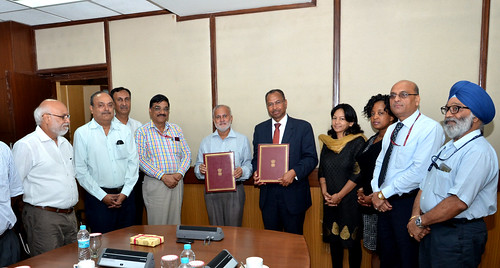 The new work plan is expected to benefit the livestock sector not only of India but also of South Asia region (photo credit: ICAR/Gurnam Singh).

Senior officials and staff from both institutions also attended the ceremony.

ILRI and ICAR scientists will meet next month (September 2015) to develop a detailed implementation strategy to realize the newly signed work plan.

Background to the ICAR-ILRI’s partnership

ICAR and ILRI’s research partnership started in 2004 through a memorandum of understanding (MoU). This collaboration has been shaped and guided by a series of triennial work plans that are developed after rigorous consultations between the two partners. 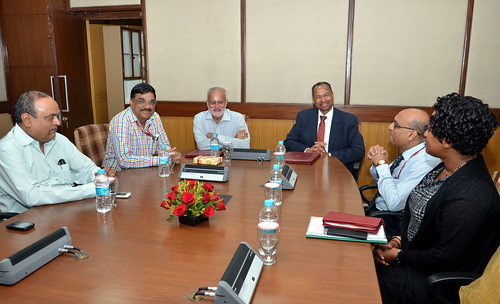 A workshop to be attended by scientists from ILRI and ICAR is scheduled next month, September 2015, to develop a detailed implementation strategy to realize the newly signed work plan (photo credit: ICAR/Gurnam Singh).

The 2015 work plan, which will run until the end of 2018, will focus on delivering outputs.

Read more about the 2012 ICAR-ILRI partnership dialogue on livestock research in India.