(The post was written by Kennady Vijayalakshmy, a consultant scientist with ILRI in South Asia, with additional editing by Paul Karaimu, senior communications officer, ILRI)

The 2019 mid-year review of the Indian Council of Agricultural Research (ICAR) and International Livestock Research Institute (ILRI) projects in India was held at the ILRI New Delhi Office on 25 September. Led by Joy Krushna Jena, deputy director general of animal sciences at ICAR, the meeting reviewed the progress of the four ICAR-ILRI collaborations in the country. 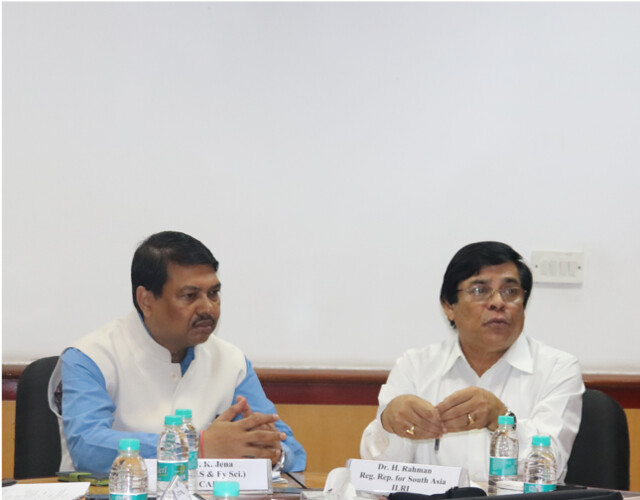 Habibar Rahman, ILRI regional representative for South Asia, welcomed the participants and explained the genesis of the collaborative projects which he said target the priority areas of research of the country. The four projects, which are expected to run up to 2022, focus on: feed and fodder development, livestock-generated methane emissions and their mitigation, backyard poultry genomics and animal disease economics. Rahman noted that scientists from ICAR working in these project will be visiting ILRI’s Nairobi campus under a scientist exchange program to learn from scientists from other regions who are working in similar research areas.

Raj Kumar Singh, director of the Indian Veterinary Research Institute (IVRI), said that the animal disease economics project will provide data that will be used in streamlining the calculation of economic losses associated with different animal diseases in the country while the methane emissions and their mitigation project will give more accurate data on methane emissions from ruminants in India. The backyard poultry genomics project is expected to improve the genetics of indigenous poultry in India and the feed and fodder project in the states of Telangana and Odisha will address animal feed shortages by enriching basal feeds and their by-products and research on the use of paddy straw as animal feed, among other measures.

Deputy Director General Jena highlighted the strengths of the ILRI-ICAR collaboration, saying that through the four projects the two partners are providing solutions to the challenges affecting livestock farmers in India. He said ICAR’s work in the country has benefitted from the experience of ILRI scientists and said that the two institutions are looking toward new projects in future, including in areas such as water management in livestock production.

The next review meeting of the ICAR-ILRI projects will take place in January 2020. 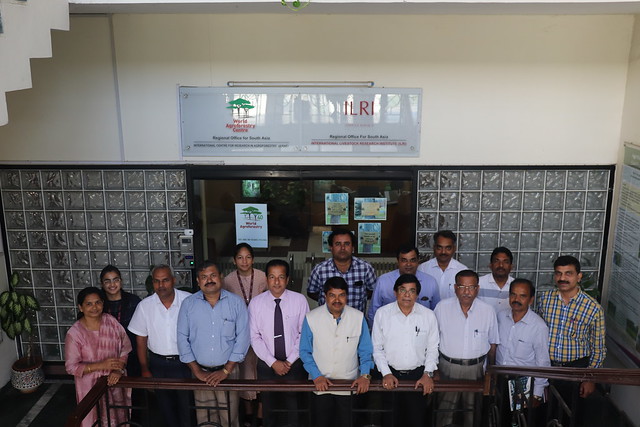 ILRI, CGIAR and Indian officials strengthen collaborations in livestock development in the country