Indian newspaper The Telegraph reported on Monday, 20 July 2015, that a program by researchers from the International Livestock Research Institute (ILRI) that trained smallholder dairy producers in Guwahati in Assam, India led to an increase in milk production through improved methods and practices of dairy farming.

The milk market in Assam is dominated by informal and unorganized milk market actors, consisting of producers, vendors, sweet makers and cottage processors. Altogether they handle 97% of the total milk market but are not formally recognized and are not integrated in the milk value chain in the state. Milk quality and milk safety are also key concerns for governments and consumers alike.

According to the article, the increase in dairy productivity was reported in an impact assessment carried out by a team of students from the Swedish University of Agricultural Sciences in 2014. 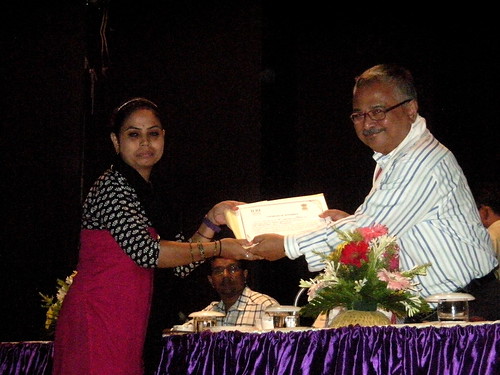 On 17 July 2015, a certification distribution ceremony was held for the participants of the ILRI-led training program (photo credit: ILRI).

This training program for 356 dairy producers was conducted in 2013 as part of the GET Dairy project (or ‘Assessing health risk in informal value chain, pilot-testing risk communication and risk management interventions and generating evidence for replication in Assam’) that assessed and addressed health risks associated with the informal value chains in Assam.

The training used a training manual that was especially designed by ILRI scientists with the help of local partners to address the needs of farmers in the region. The trainees were also recently awarded certificates after completing the program. 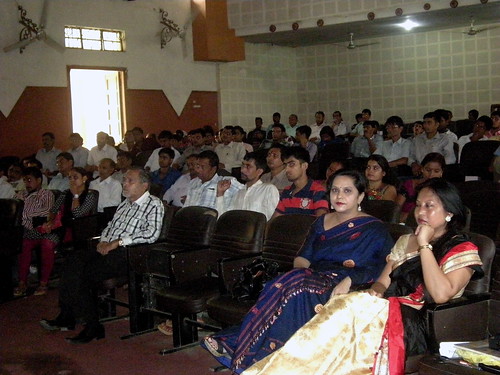 Ram Pratim Deka, a food safety and zoonoses scientist at ILRI and a focal point of the GET Dairy project, said that dairy producers who were trained showed better results, compared with the untrained ones.

‘Those who joined ILRI’s training program showed an increase in productivity/milk yield by 11.7%. Subclinical mastitis in their cows was also reduced through improved knowledge, attitude and practice’. Demand for milk from the trained group of dairy producers also increased, leading to improved livelihoods. 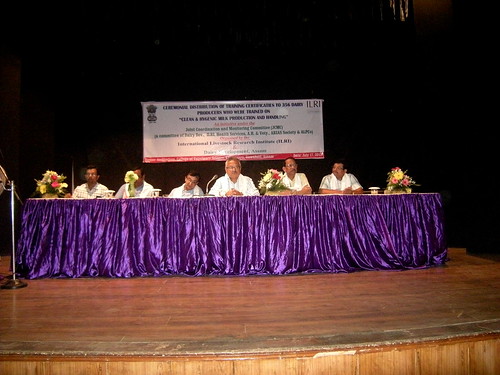 Through the GET Dairy project, ILRI and its partners in India have been supporting the informal market actors to adopt good practices towards ensuring better hygiene and quality of milk to improve food safety, support value chains and improve livelihoods of smallholders.

Know more about ILRI’s work on dairy in Guwahati in Assam, India.