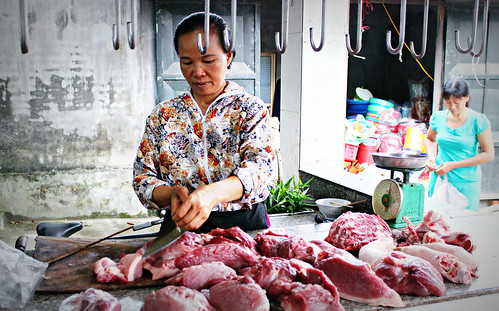 Pork meat sold in Vietnam has been found by researchers to commonly carry bacteria that could cause disease—but they also found that the risk of that meat sickening people is largely reduced due to the Vietnamese habit of buying very fresh meat and cooking it shortly thereafter.

The research results indicate ways that the safety of pork meat can be even further improved in this fast-growing and -evolving market. The bottom line is that ensuring safe pork consumption in Vietnam is very important—and very doable.

Pigs and pig keeping, and pork and pork eating, are ubiquitous in Vietnam, where pork remains the favoured meat—the food choice of both the poor and the rich, of the rural farm worker and the urban elite. Pork is consumed daily and widely in Vietnamese…