A new initiative that will address growing food safety concerns in Cambodia was recently unveiled.

Funded by the United States Agency for International Development (USAID) under the Feed the Future Innovation Lab for Livestock Systems (LSIL), the ‘Safe Food Fair Food for Cambodia’ (SFFF Cambodia) project kicked off in a workshop held in Phnom Penh on 31 August and 1 September 2017.

The event brought together all the LSIL beneficiaries in Cambodia (on 31 August) and it was followed by an innovation platform (IP) meeting (on 1 September) that was attended by representatives from USAID, the government of Cambodia, research institutes and universities from Cambodia and the United States, researchers from the International Livestock Research Institute (ILRI), and local and international livestock experts. 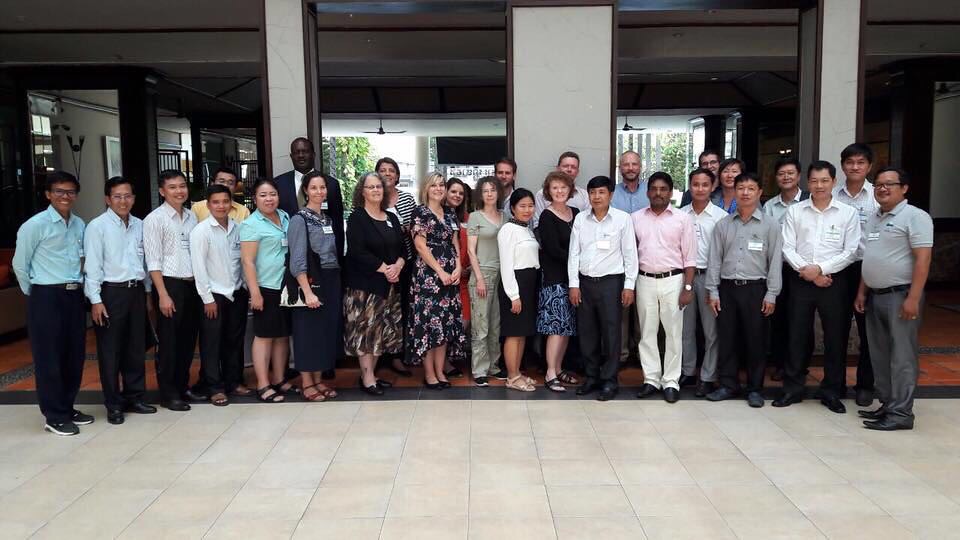 The IP meeting introduced the LSIL-funded research project to the livestock sector stakeholders in the country and sought stakeholder feedback on the project’s implementation plan.

In Cambodia, animal-source foods (ASF) are an important part of the cuisine with pork, fish, and poultry products widely consumed. The majority of livestock products are produced by smallholders, many of them women, and sold in traditional, wet markets where women also predominate as retailers. In recent years, Cambodia has seen growing food safety concerns and decreasing trust in food.

The four-year SFFF Cambodia project will generate evidence on the health and economic burden of foodborne diseases in ASF value chains important to the poor and women, and it will pilot a market-based approach to improving food safety that builds on successfully implemented projects in Africa and India.

It is one of the three projects under LSIL that were selected after a competitive process and is led by ILRI in partnership with the National Animal Health and Production Research Institute (NAHPRI), the Centre for Livestock and Agriculture Development (CelAgrid), and Emory University.

Delia Grace, a veterinary epidemiologist at ILRI and principal investigator for SFFF Cambodia, said that the project will carry out market-based interventions that are sustainable and scalable and change practice through capacity development. It will also create incentives that lead to policy changes in order to enhance food safety.

After the workshop, ILRI researchers participated in a scoping visit, from 11-14 September in Phnom Penh that introduced and discussed with partners, the SFFF Cambodia project workplan and activities. The participants also assessed the laboratory capacity for food safety testing at different institutions in the city. Partners included representatives from Celagrid, NAHPRI, the National Institute for Public Health, the Department of Veterinary Medicine at the Royal University of Agriculture, the Center of Excellence on Sustainable Agricultural Intensification and Nutrition (CE-SAIN) office, the Food and Agriculture Organization of the United Nations (FAO)-Cambodia, the World Health Organization (WHO)-Cambodia, the US Center for Disease Control and Prevention (CDC)-Cambodia, and the Pasteur Institute in Cambodia. The research team also visited a local pig slaughterhouse and a wet market which had also slaughter spots for chicken in District 7 Makara, Phnom Penh. 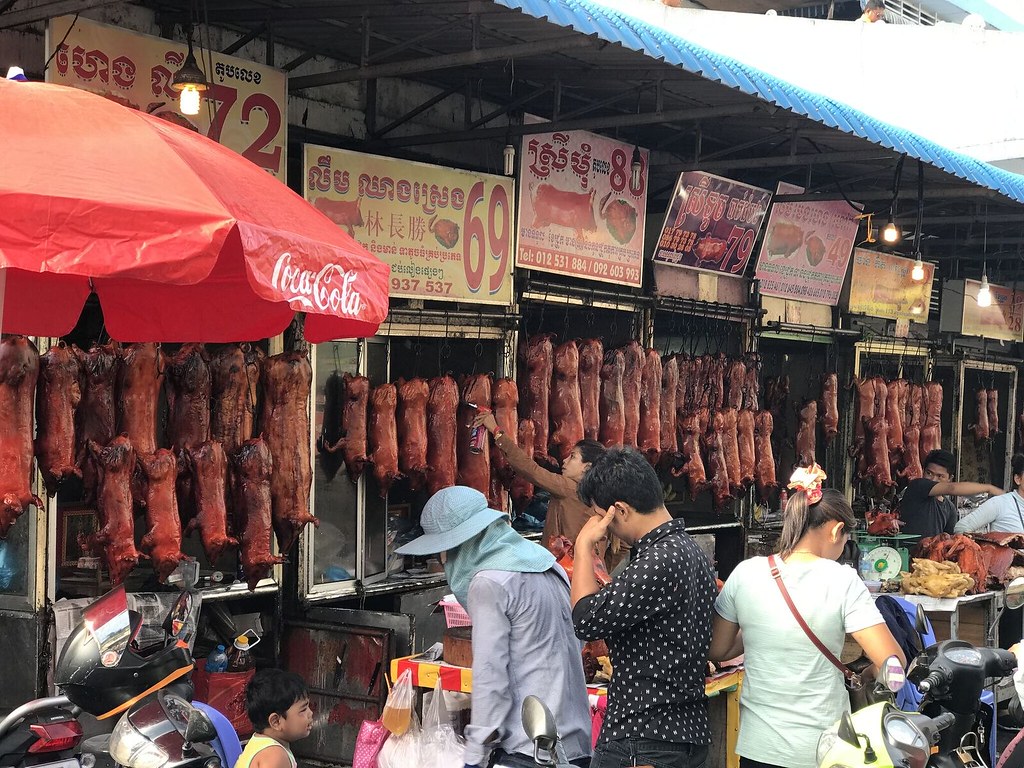 Carcass surfaces is roasted with a gas burner in the market in Phnom Penh, Cambodia (photo credit: ILRI/ Fred Unger)

The Livestock Systems Innovation Lab is led by the University of Florida’s Institute of Food and Agricultural Sciences (UF/IFAS), in partnership with ILRI and is funded by USAID. It aims to enhance the production, marketing, and consumption of ASF in order to increase the incomes, livelihoods, nutrition, and health of households, especially those of vulnerable women and children. Cambodia is one of the targeted countries.