Following a meeting between CGIAR and Myanmar’s Ministry of Agriculture, Livestock and Irrigation (MOALI) in September 2016, a meeting between Ye Tun Win, director general for livestock at MOALI and Jimmy Smith, director general of the International Livestock Research Institute (ILRI), was held 17 November 2017 at the ILRI Hanoi office to identify how ILRI can support livestock development in Myanmar. 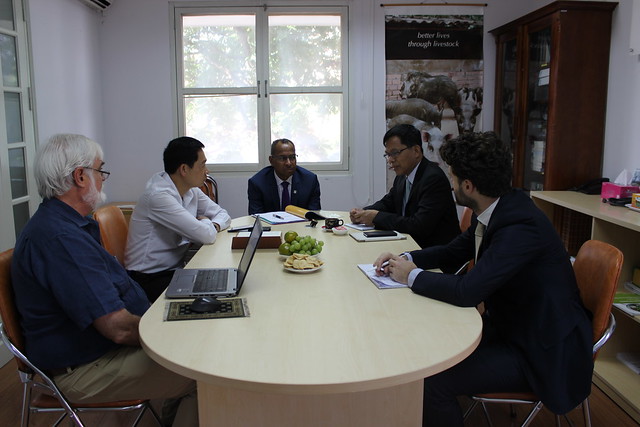 Win said that the ministry focuses on applied research, mainly in mixed farming systems, with emphasis on large and small ruminants. Its priorities include food safety interventions, antimicrobial resistance in poultry and pigs in commercial farms, genetic improvement of ruminants, and developing the country’s pork and beef value chains.

He added that the Myanmar government has developed a livestock policy document and is seeking to conduct a feasibility study to better understand the impacts and costs of creating and implementing a livestock master plan for the country. He said the government welcomed support from partners in this process.

Win and Smith discussed the possibility more opportunities for official collaboration and signing of a memorandum of understanding between the two institutions that would outline the terms and details of their partnership. 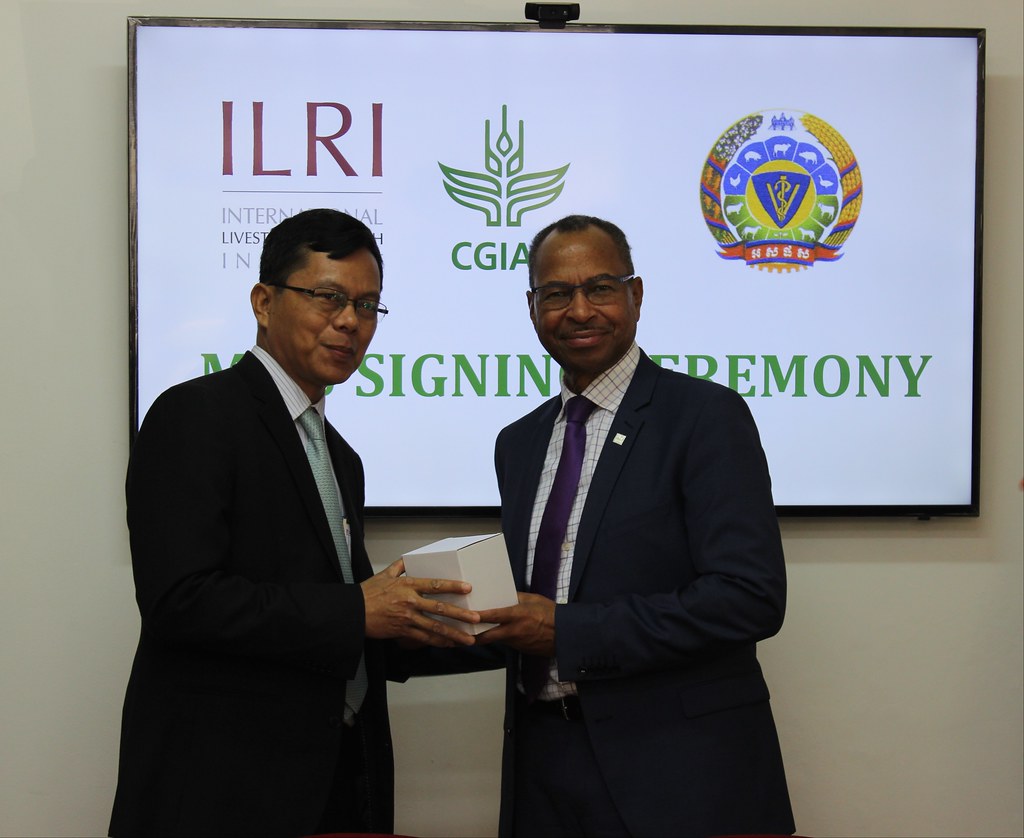 The meeting was attended by Steve Staal, leader of the the Policies, Institutions and Livelihoods program at ILRI, Hung Nguyen, ILRI’s regional representative for East and Southeast Asia and Boleslaw Stawicki, head of business development at ILRI. The officials agreed to formalize the partnership between ILRI and MOALI and mobilize resources for enhancing the future presence of ILRI in Myanmar.

Myanmar is currently undertaking substantial political, economic and social reforms which are expected to pave way for increased collaboration with other countries including through partnership with international organizations such ILRI.

In the same week, Win along with representatives from seven southeast Asian countries participated in the Science and Partnership Workshop 2017: The Role of Livestock in the 2030 Agenda for Sustainable Development in Southeast Asia in Hanoi. The meeting discussed ways of strengthening the current and potential contributions of the region’s livestock sector to sustainable livelihoods.