A survey of pig populations in southern Laos was carried out in March 2018 as part of ongoing efforts to enhance collaboration between the International Livestock Research Institute (ILRI) and partners toward strengthening food safety in the country.

The assessment team, which was led by Fred Unger, a scientist from ILRI, visited Champasak Province in southern Laos on 29-30 March. The study team included researchers from the Faculty of Agriculture, the National University of Laos and representatives of the country’s ministries of Defense and Health. They carried out serological assessments of pigs to assess the prevalence of taeniosis/cysticercoses and trichinellosis in pigs and communities in the province as part of new research on food-borne diseases.

Nearly 100 free roaming local pigs and more than 50 volunteers were sampled in Khong community of Champasak. Data entry was facilitated by the study team. 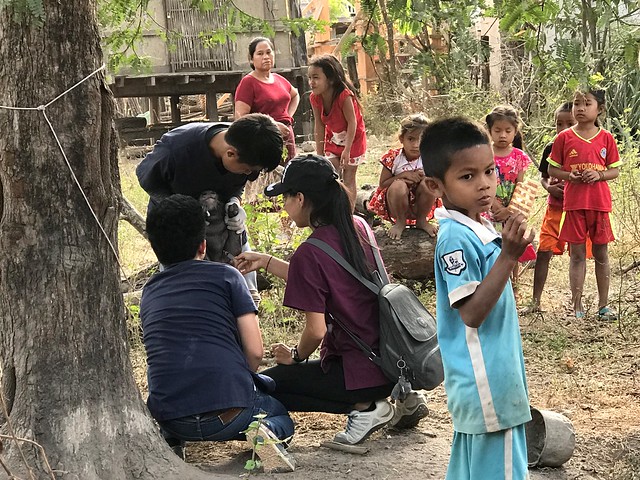 This survey follows a December 2017 visit by ILRI scientists to the province and Vientiane, the capital city, which identified addressing parasitic zoonoses as a research food safety priority in the country.

Information from this survey, will be shared with the communities and a national meeting on One Health will take place end of May to collect feedback from other stakeholders for the planned study under the CGIAR research programs on Agriculture for Nutrition and Health (A4NH) and Livestock Agri-food Systems.