New research shows that incidences of pork-borne parasitic diseases in northern Vietnam may be lower than previously thought but behaviour change is needed to strengthen pork safety and reduce incidences of pork-borne illnesses in communities. A survey in late 2018 by an International Livestock Research Institute (ILRI)-led project found that trichinellosis (in pigs) and cysticercosis and trichinellosis (in humans) only occur sporadically in Hoa Binh Province and the health risks posed by these diseases to humans are relatively low.

However, the survey, which assessed the seroprevalence of cysticercosis and trichinellosis in the region, calls for improved pork production and changes in pork consumption practices to prevent the spread of cysticercosis and trichinellosis. The assessment was part of the ongoing ‘Safer indigenous pork and healthier ethnic minorities in Vietnam through better management of parasitic pig-borne diseases’ project.

Cysticercosis is an infection caused by eggs of the pork tapeworm and trichinellosis is a parasitic disease caused by roundworms of the trichinella type that is often spread to humans when undercooked pork containing trichinella cysts is eaten.

Animal production and human health experts in Da Bac District and Hoa Binh Province and researchers from the Vietnam National Institute of Veterinary Research (NIVR), the Hanoi University of Public Health (HUPH) and ILRI, convened a workshop in Hoa Binh City to review these findings. The 30 participants discussed the key recommendations of the survey including how to work with communities in the province to change risky pig production and pork consumption practices. Most of the pig production in the province is characterized by free roaming of pigs, feeding pigs on raw foodstuff and occasional eating of raw pork, which increase risks of cysticercosis and trichinellosis spreading to humans. 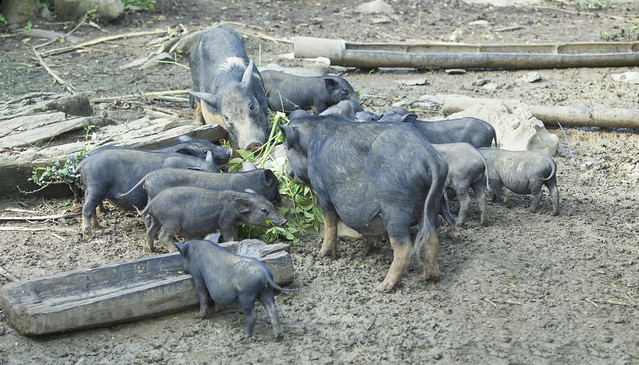 Participants recommended awareness raising among farmers and local consumers on the nature and risks of food-borne zoonotic pathogens to better prevent and control diseases in pigs. The use of behaviour change communication materials on cleaning hands with soap when handling and before eating pork was recommended as was the need to educate farmers and household members on ensuring pork is well cooked before eating to prevent the spread of parasites. Regular mass deworming for local people in the province was also proposed. 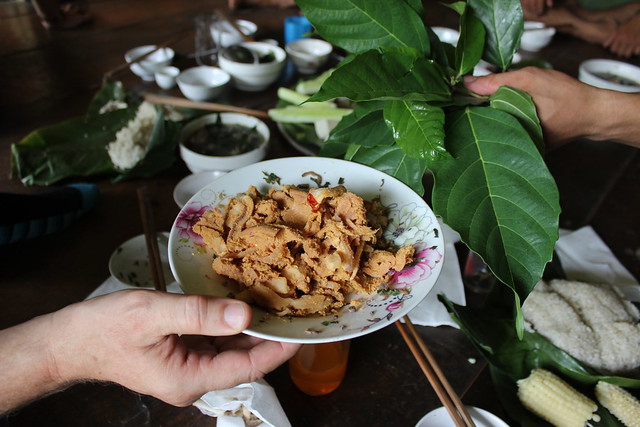 Pig farmers were urged to keep their pigs in pens to prevent the free roaming of the animals which exposes pigs to disease pathogens. They were encouraged to also adopt improved animal husbandry practices, better manage human waste and feed pigs with cooked instead of raw foodstuff to avoid parasites.

At the meeting, the stakeholders from both the human health and animal health services called for joint efforts from both sectors in using One Health approaches to strengthen pork safety and reduce pork-borne diseases in the community.

The research team will use the recommendations from this workshop to design interventions which will be implemented by the project from the end of 2019 until February 2020.

The project is funded by the German Federal Ministry of Economic Cooperation and Development (BMZ).

Read more about the project’s other activities: