Two workshops that disseminated key results of the ‘Reducing disease risk and improving food safety in smallholder pig value chains in Vietnam’, or PigRISK, project were held on 28 April and 5 May 2017 in Nghe An and Hung Yen provinces, Vietnam.

About 80 project partners, the donor, and local representatives from the sub-department of animal health, department of food safety, department of health, pig keepers, slaughterers, pork retailer and consumers attended the events.

The participants in the reflection workshop in Nghe An province (photo credit: Vietnam National University of Agriculture – VNUA).

The project team reported key results of PigRISK achieved from June 2012 to May 2017 which focused on assessing food safety issues such as microbiological risk assessment of Salmonella, assessment of heavy metals and antibiotics residue in carcasses and feed, risk factors of contaminations along the value chains; and overall assessment of animal (pig) production and health.

The project’s main findings show that Vietnam’s smallholder farmers continue to face resource constraints and unpredictable fluctuation of inputs such as breeds, feeds, veterinary drugs and vaccines and variation in prices and market demands which limit their agricultural productivity.

The microbiological risk assessment found that an estimated 10-15 % of pork consumers contract diarrhoea due to eating salmonella contaminated pork. Salmonella contamination results from poor hygiene practices by various actors in the pig value chain. These include poor slaughterhouse processes that do not adequately separate clean and dirty zones, and poor hygiene in pork retail shops in wet markets. Only 41% of interviewed slaughters reached policies on slaughterhouse processes and only 20% reach food safety practices. Risk assessment models revealed that hygiene practices in households also increase risks of microbiological cross-contamination between raw and ready-to-eat (boiled) food.

A chemical risk assessment of the pig value chain also revealed the existence of banned substances such as chloramphenicol and some heavy metals, for example, lead and cadmium. According to National technical regulation on the allowable limits of heavy metals in food by Vietnam Ministry of Health, the maximum levels of cadmium contamination allowed in pork, pork liver, pork kidney are 0.05mg/kg, 0.5mg/kg and 1mg/kg, respectively, and the maximum allowable levels of lead in pork and other different pork parts are 0.1mg/kg and 0.5mg/kg, respectively. However, the content in studied samples are under allowed levels. 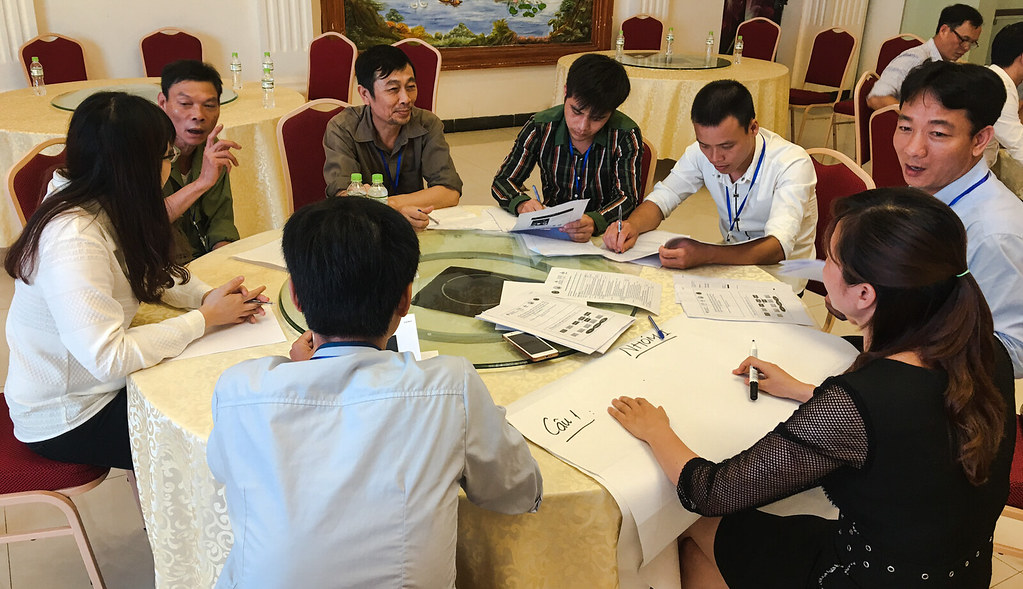 Suggested improvements to enhance food safety in Vietnam include increasing value chain actors’ information and knowledge of best practices in pig production especially in relation to feeding, slaughter, processing, and consumption of pork.

Workshop participants also suggested other ways of improving food safety in smallholder pig value chain. For instance, it was advised to strengthen the roles of district veterinary staff in inspecting and monitoring feed, veterinary drugs and farm production and to increase the linkages and commitment among actors in the pig value chain. Their feedback will be incorporated into the ‘Safepork’ project which is scheduled kick off in September 2017.